Code Repositories
Find and share code repositories
Turn on suggestions
Auto-suggest helps you quickly narrow down your search results by suggesting possible matches as you type.
Showing results for
Show  only  | Search instead for
Did you mean:
Advanced Search
Options
Options 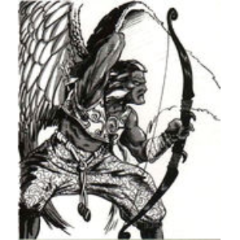 There are two ways to think of SSDs in system design. One is to think of SSD as an extension of disk, where it plays the role of making disks fast and the other is to think of them as an extension of memory, where it plays the role of making memory fat. The latter makes sense when persistence (non-volatility) is unnecessary and data is accessed over the network. Even though memory is thousand times faster than SSD, network connected SSD-backed memory makes sense, if we design the system in a way that network latencies dominate over the SSD latencies by a large factor.

The latter is important due to SSDs' unique write characteristics. Writes and in-place updates to SSDs degrade performance due to an erase-and-rewrite penalty and garbage collection of dead blocks. Fatcache batches small writes to obtain consistent performance and increased disk lifetime.