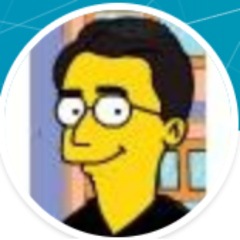 We have Hadoop cluster with the following details

We want to do the following changes

And only kafka machine will use this additional zookeeper servers

Bill Brooks, Community Moderator
Was your question answered? Make sure to mark the answer as the accepted solution.
If you find a reply useful, say thanks by clicking on the thumbs up button.
Reply
610 Views
0 Kudos

Is there any specific reason for having 3 separate ZK servers which belongs to a separate Cluster for Kafka ?

If you are using Ambari Managed Cluster then it will not be possible via Ambari. As it will require additional efforts to explicitly update the Kafka Zookeeper settings. With this approach there will be many other issues like Ambari will notbe able to keep track of the Zookeepers running as part of a Different cluster.

So that does not look like a good idea.

Instead you can think of making the existing ZK servers more robust / high available to keep your data.

A similar discussion can be found on another HCC thread: https://community.hortonworks.com/questions/248413/should-zookeeper-be-run-on-independent-machines-i...

How to decide, how many zookeepers should I have?