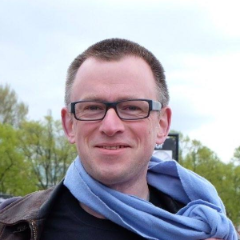 This looks like a question I've asked earlier, but that was about bulk creating entities. That gave a similar error, but it worked. Now I'm making a Python script that can read a CSV file with HDFS paths and information classifications from which I create a JSON to use in the Atlas REST API endpoint v2/entity/bulk/classification. I've used this endpoint before, but not with multiple guid's.

This the curl command:

I really would like this to work, otherwise I have to generate a whole bunch of single classification commands in a shell script or something.

I'm now doing API calls per guid, to get around this issue.

On a similar note, I wanted to create multiple classifications in one go. I found this worked, where fileToUpload.dat contained a list of json files.

But the below only created the first classification. No idea why!

I still got the same issue that only one GUID is classified on my HDP 2.6.3 sandbox. But I've noticed that several errors that I get on my sandbox, don't happen on the HDP 2.6.3 cluster at my customer.

About that JSON list: the Atlas REST API works in mysterious ways sometimes.