I have an issue on installing cloudera manager agent when I try to use the following command to add a host(CentOS 7 -x86_64) to the cluster. 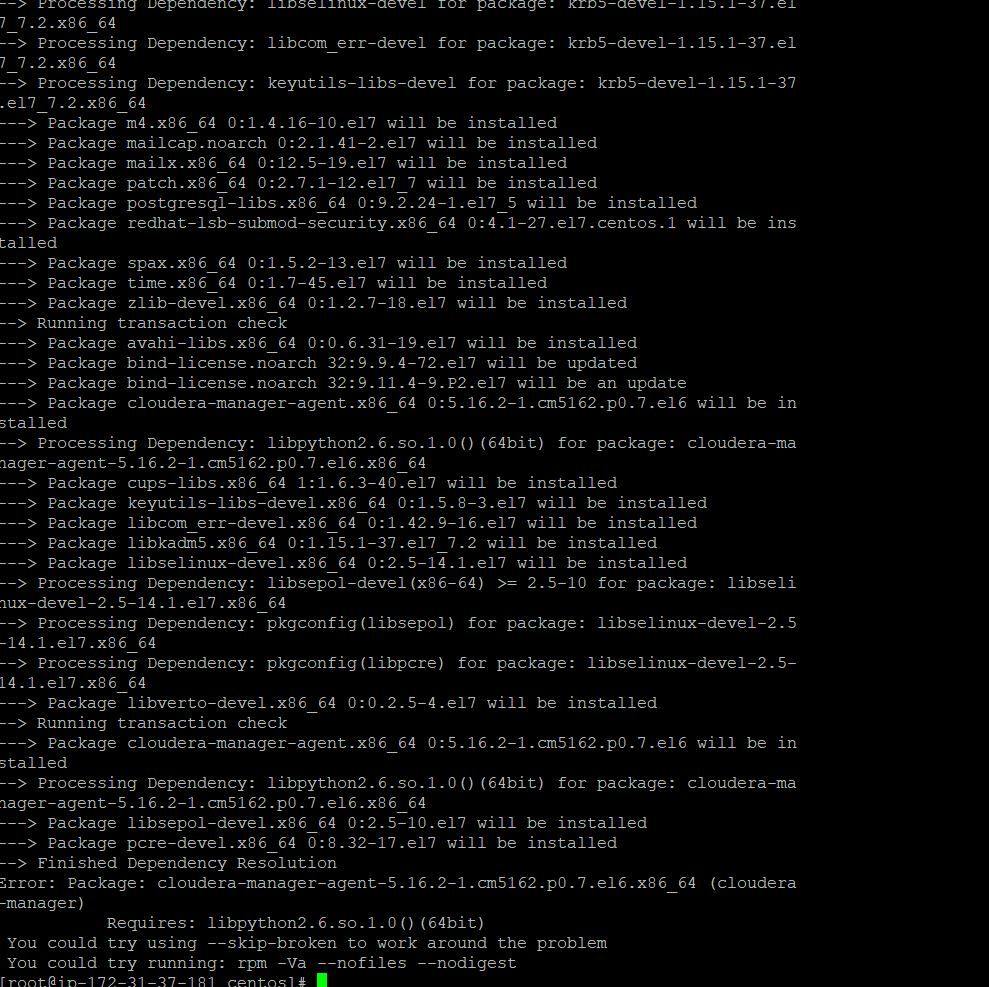 How to use the forum

In CentOS7 you are not supposed to install CentOS6 Packages as it might lead to package dependency conflicts.

Also please check what other dependencies are installed as part of this in your host that belongs to "el6" instead of "el7" as it might lead to a problem if you might have installed some "el6" packages on the host that needs "el7" binaries and will cause yum level dependency conflict.