Could the upcoming patch releases be known prior to the scheduled date?

Hello, We at Teradata India Pvt Ltd are partners with Hortonworks and we have been delivering projects successfully through hortonworks services. Certain clients do request us to let them know about upcoming HDP upgrades and patches. The main reason of contacting you is to know if we could get an update about upcoming releases; not the major version releases but the minor releases, upgrades and patches. It would certainly help to serve our customers better. Hope to get a positive response from soon.

Re: Could the upcoming patch releases be known prior to the scheduled date? 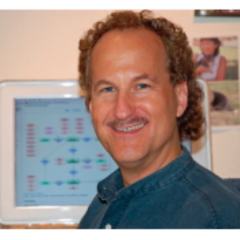 We don't always have concrete, definitive plans that far in the future. And what plans we do have, are often changed considerably due to changing requirements from the market and from our partners. Let me give you the current state.

Right now, we are working to finish out Ambari-2.2.2, a maintenance release of Ambari, with a few new features (notably the addition of Grafana for viewing and visualizing metrics). That was scheduled for April 15th, but now looks like it will be released closer to the end of April. It is going out with an HDP maintenance release we internally call "Derg-M10", but have numbering HDP 2.4.2.

After that we are completing work on our next major release, internally called "Erie", but numbered as Ambari 2.4.0 and HDP 2.5.0. This was scheduled to be released in June, but there is some replanning happening, so that date may change. This is a more substantial new feature release.

Note, these releases are 2 and 3-digit releases. The 4th digit is for hot fixes. Those are not planned, but are done on demand when customers have fixes requiring immediate attention, that can not wait for the next maintenance release. So, along the way, there will be a bunch of these 4th digit hot fix releases on both these lines and previous releases.

I hope this helps.