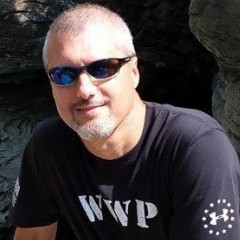 We have lots of partitioned tables and need to write queries that have partition clauses that include year, month, day values that are not as simple as:

Often, they require non contiguous ranges of days over different months and years, etc. So, I am trying to come up with a way to help users craft those partitions clauses more easily and programatically (to the greatest extent possible). I don't want users to have to write wrapper scripts around queries or have to write queries into files first as they can do something like this:

Where make_part.py might be a Python script that takes two dates and forms the full partition clause string that can then be simply referenced in some.hql, like this, which I know would work:

And have the output of the !sh command become the value of the hive variable. That does not work, of course. So, I was wondering, is it possible to create a UDF that could be used in a WHERE clause that could return the partition clause string which would get evaluated by Hive properly and work as expected - meaning, proper partition pruning. Something like this:

Where udf_make_part would do the same thing as make_part.py - take some date arguments and return some generated partition string.

I've not worked with UDFs so far but just wondering if they could be used in this context in the WHERE clause. Or, does anyone have another useful approach for dealing with long, complicated partition clauses?