We do have a HDP/HDF cluster running in the network segment, where neither servers nor clients have no access to the public internet. Initial setup (both manually via Ambari or using Blueprint) has worked well (with extra steps necessary to use local RPM repositories instead of public ones). Now cluster seems to be operational (with some workarounds due to hostnames in *.local domain and absence of proper SSL-certificates). The only major problem at the moment seems to be with Knox UI. Despite having all the necessary files locally at the Knox node (same machine as Ambari), Knox UI tries to pull CSS and JS files from external hosts, googleapis.com and bootstrapcdn.com respectfully. It is NOT about other component UIs, it is about Knox itself. I'm able to login with default username/password, but after a timeout I see an empty page with Knox logo. Switching on the Inspector/Debugger in the browser shows, that browser tries to pull bootstrap.min.css and jquery.min.js from their external hosts and (obviously) fails, because neither servers nor client machines have access to public Net.

Other UIs (including Ambari) are working fine, at the moment Knox is the only component which has problems running in the isolated environment. 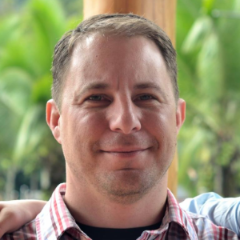 This issue has been addressed (KNOX-1731), but has not yet been released.

Looks like it is fixed in upstream not so long time ago, all the versions including latest official 1.2.0 have this issue. It has been fixed about 16 days ago, as I found in Knox sources.

Yes, as I had said, it has been fixed, but has not yet been released. It will be included in the 1.3.0 Apache release.

Forgot to update. I solved the issue, implementing quick-n-dirty workaround: I directly edited index.html in application directory getting rid of external references and copying over bootstrap's and jquery's JS/CSS files to the sub-folder under the same directory. After that Knox service has to be *stopped and started*, 'restart' is not enough to pick up the changes.