Are you able to access to Zookeeper CLI and run a ls?

What do you mean about "reseting Ambari Server"?

The command is wrong note the slash

I think there's the problem. Zookeeper doesn't have any paths for Metron like -> /metron/topology/global.

You can create this specific path but you can face further issues such as ACLs, etc. or you can reinstall Metron.

Did you ever get this to work?
I tried reinstalling metron, no luck.

could you try running the Zookeeper CLI (usr/hdp/current/zookeeper-client/zkCli.sh ) and run a (ls /) or (ls /metron/topolgoy) ?

what do you get ?

Yeah. Did that. Nothing was there.

So far, it seems I got past the error you had here (and me) in the Enrichment.

Now waiting for the rest of the services to startup. 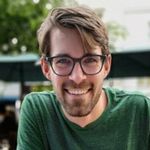 To check from where the connections are opened execute:

Identify the process ids of the applications opening connections:

Check which application this is. It might be the Metron REST server. In this case you can kill it and restart it.