We are having an issue with PutMongoRecord Processor(same for PutMongo as well) which is routing the flowfiles to the failure relationship when the Mongo database(or the server hosting the db) is down. We have a set-up which looks like below on a high-level overview. 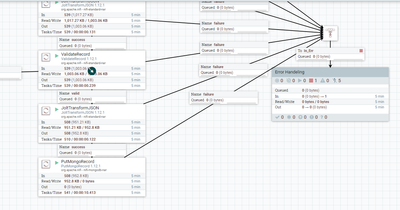 Is there any logic you guys help me in this scenario?

I also observed that when we load the data to a RDBMS, lets say SQL Server, using the PutSql processor, it doesn’t route the flowfiles to the failure relationship when the sql server is down. I remember the flowfiles were held up in the connector above it until the db is up and running. I also noticed that PutSql has retry and PutMongo(and Record) doesn’t have any retry.

Please help me what could be best thing for us to as this is critical to us.