I was trying to run sandbox in docker earlier. But, gradually I realized that this version of sandbox is not stable at all. Sometimes PIG Vies was not opening, sometimes it was HIVE View that was not opening, etc. It was showing host of errors. And when I tried to rectify some error, another error used to crop up. This was going on and on and on.

So, to test my PIG scripts, I downloaded VirtualBox on windows and ran the sandbox for Virtualbox in it. My PIG scripts were running just fine. Each and every component of the Hadoop ecosystem was running very smoothly.

So, is there any way that I could do this online ? Is it possible to run Sandbox for VirtualBox on Amazon server or on any other server ?

In particular, what I want is that I want to run Sandbox for VirtualBox inside the VirtualBox online. I wish to do this on a cloud.

Is it possible to do this ? Can someone guide me through this process ? 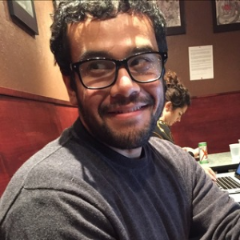 Hey Amogh, your concerns are warranted. Docker is wonderful, though with moving parts and build requirements, there are issues that come up in different environments (filesystem requirements, kernel incompatibilities on linux, Docker for Mac/Windows needing to mature, diff. versions of Docker, etc.).

The VirtualBox release of the sandbox uses the same Docker image you've tried, only that we set up the host environment (the VirtualBox VM) to be compatible.

The short answer is yes, you can absolutely run the sandbox in the cloud. You'll want to deploy the Docker image on your VM once it's set up, making sure that you install the right environment (I'd recommend CentoOS 7, the latest 4.x linux Kernel, Docker 17.09) on that host machine.

If you want to use Azure, there's a pre-built template you can use - walkthrough is here. We're currently working on templates for other cloud platforms, but no ETA that I can provide.