every server have more than one Regionserver deplyment

every server have more than one Regionserver deplyment

i have some server, there have 256GB memory. if one server deply one regionserver(hbase),

mem is waste，if jvm config more than 64GB+，gc will have a bad performance.

so i want to manage one server  deploy 2 regionserver (jvm:48GB).

Re: every server have more than one Regionserver deplyment 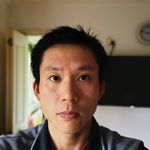 This is against best practice anyway as one host down will bring down multiple services, in your case would be 2 Region Servers instead of 1.

You can, however, have two HBase services configured in the same cluster via CM, and you will have to configure different ports for them, so that they can be run on the same hosts. This will mean that you have two HBase Masters, which is probably not what you are after, as they are actually different HBase instances.