Incremental Fetch in NiFi with QueryDatabaseTable

NiFi is most effectively used as an "always-on" system, meaning that the data flows are often always operational (running). Doing batch processing is a more difficult task and usually requires some user intervention (such as stopping a source processor).

For relational databases (RDBMS), a common use case is to migrate, replicate, or otherwise move the data from the source RDBMS to some target. If ExecuteSQL were used to get all data from a table (for example), then the processor will execute the query each time it is triggered to run, and will return whatever results correspond to the query.

If the goal is to simply move all rows to some target, then ExecuteSQL could be started then immediately stopped, such that it would only execute once, and all results will be sent down the flow.

However a more common use case is that the source database is being updated from some external process (user, webapp, ERP/CRM/etc. system). In order to get the new rows, the table needs to be queried again. However assuming the "old" rows had already been moved, then many duplicate rows would continue to be processed in the flow.

As an alternative the QueryDatabaseTable processor allows you to specify column(s) in a table that are increasing in value (such as an "ID" or "timestamp" column), and the processor will only retrieve rows from the table whose values in those columns are greater than the maximum value(s) observed so far.

Here, QueryDatabaseTable would be configured to use a table name of "users" and a "Maximum-Value Column" of "id". When the processor runs the first time, it will not have seen any values from the "id" column and thus all rows will be returned. The query executed is:

However after that query has completed, QueryDatabaseTable stores the maximum value for the "id" column that it has seen; namely, 3.

Now let's say QueryDatabaseTable has been scheduled to run every 5 minutes, and the next time it runs, the table looks like this:

Because QueryDatabaseTable had stored the maximum value of 3 for the "id" column, this time when the processor runs it executes the following query:

Now you will see just the last two rows (the recently added ones) are returned, and QueryDatabaseTable has stored the new maximum value of 5.

Here is the concept applied to a NiFi flow: 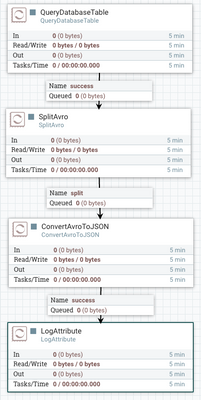 For this example, I have a "users" table containing many attributes about randomly-generated users, and there are 100 records to start with: 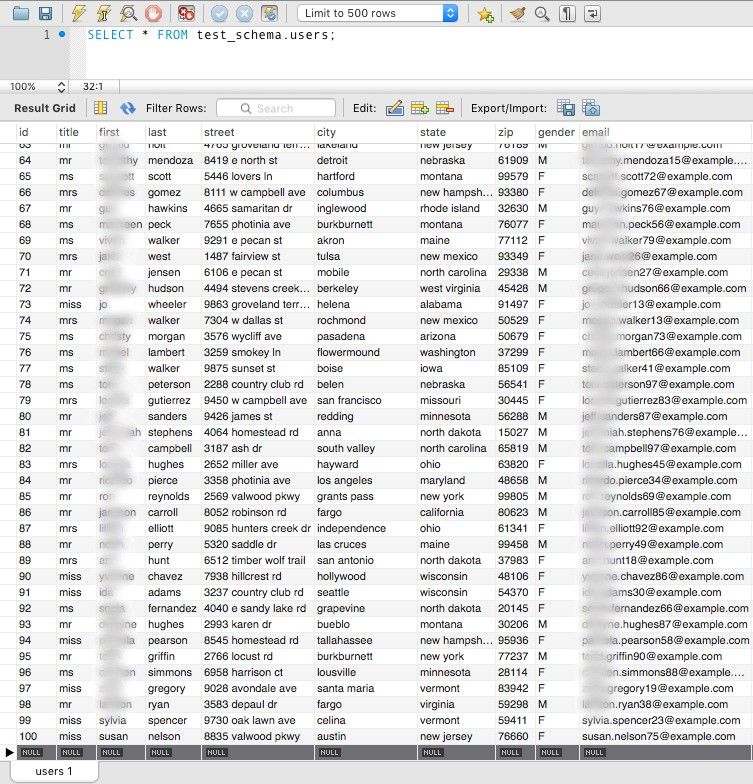 If we run QueryDatabaseTable, we see that after the SplitAvro we get 100 separate flow files: 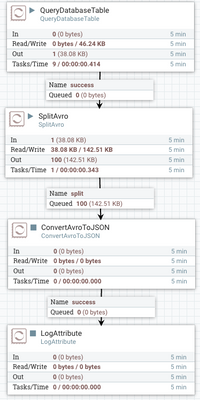 The flow remains this way until new data comes in (with an "id" value larger than 100). Adding one: 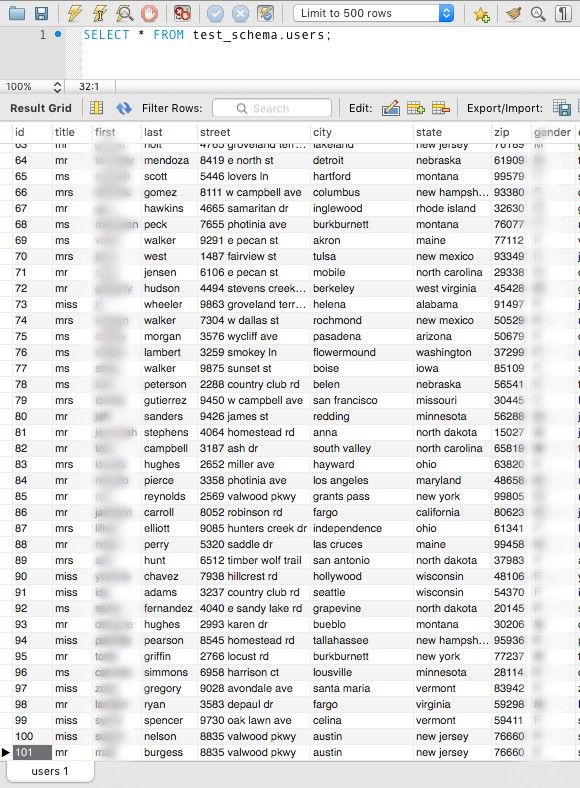 Once this row is added, you can see the additional record move through the flow: 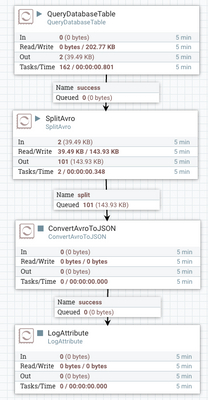 This approach works for any column that has increasing values, such as timestamps. If you want to clear out the maximum value(s) from the processor's state, right click on the processor and choose View State. Then you can click "Clear State" on the dialog: 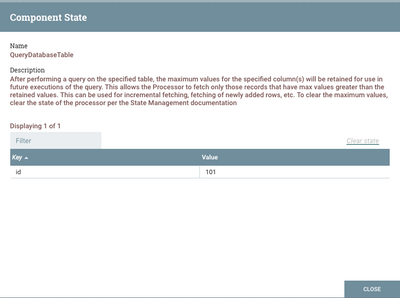 Hopefully this article has shown how to use QueryDatabaseTable to do incremental fetching of database tables in NiFi. Please let me know how/if this works for you. Cheers!

Hi, is there any way to use this processor to check for a change in a specific record that may not necessarily be increasing? Basically I am looking to monitor a table which only has one row which is a summary showing the number of active loggers which is periodically updated. I want to trigger another processor when this value either increases or decreases. Would it be possible to use the component state via expression language in an sql query to trigger a flow file. I.e select * from table when row data <> component state?

Really helpful!! But, I have a question By using this flow How we will get the updated records?

You may use ExecuteSQL processor for that. You can write custom SQL query with that processor.

Hi @mattburgess i am using the same processor for fetching incremental data from relational tables.i have given max rows fetch size as 500 and max value column as a timestamp. Is fetching data in batch can lead to data loss, as i have seen few records of some timestamp are not being fetched when doing incremental run but are fetched when i clear state and run full load? want to understand working of max rows feature. read your comment regarding max fragment setting on this blog https://community.hortonworks.com/questions/178505/querydatabasetable-processor-shutting-down.html , is the same applicable for max row fetch size too?Please suggest

Is there a suggested way to perform incremental fetching when the columns increase only weakly? We sometimes have multiple updates occurring with the same timestamp, and no secondary column is guaranteed to strictly (or even weakly) increase.

This doesn't seem like a flaw in the incremental logic so much as a hidden gotcha. @srijitachaturve mentions an instance of this problem in the previous comment.

Could you please suggest how I can achieve the same with Cassandra. I tried to use QueryDatabaseTable processor but not able to find the suitable jar and driver class name. So I giveup and tried to use QueryCassandra but it has no option or mechanism like Maximum-row columns and no View State option. So not finding any option to find an incremental changes for a cassandra table.

Please suggest what should be the best approach which will help me to proceed further.

For my case, the incremental fetching does not seem to work correctly.

All records gets ingested from the database but do not make it all the way to the destination.

Processor used is GenerateTableFetch then Execute SQL and the other corresponding processors down the data processing flow.

Record id is captured correctly on the GenerateTableFetch property state and its up to date as the record id from the  source (db).

However, it will still miss some records when processing the files making the number of records on the destination out of sync with the source from the db.

Am i missing something, Would scheduling times for fetching help and how can I do that?