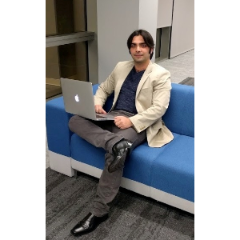 Whether you're creating an Ambari cluster from scratch, taking over an existing cluster, or growing your cluster over time, it is imperative to tune Ambari and MySQL to work at a large scale of 1000-3000 Ambari Agents.

First, increase the memory used by Ambari. For large clusters, 8 GB of memory should be sufficient. If you have more than 10 concurrent users, increase it to 16 GB.

Edit /etc/ambari-server/conf/ambari.properties with the following configs

It is highly suggested to use a Solid State Drive for the Ambari Database since this will be much faster.

Check the throughput of the disk in which Ambari’s database (Postgres, MySQL, MariaDB, or Oracle) is on.Ideally, it should be a Solid State Drive or support at least 200 IOPS and be either on the same host as Ambari or only a 1-2 hops away.

2. Take a backup of the Ambari database,

3. Stop MySQL server, copy its data, and change the directory.

First and foremost, if you're on an older version of MySQL, you can try to update it to MySQL 5.6 or 5.7, which has a lot of performance improvements.

Connect to the MySQL DB and inspect these variables. E.g.,

SHOW VARIABLES LIKE 'name';These suggested values assume that only Ambari Database’s is on the MySQL Server.If you have other databases in the same MySQL Server, increment by these values.

2. Edit the configs in /etc/my.cnf , under the “[mysqld]” section (note, it may be in a different location).