Support Questions
Find answers, ask questions, and share your expertise
Turn on suggestions
Auto-suggest helps you quickly narrow down your search results by suggesting possible matches as you type.
Showing results for
Show  only  | Search instead for
Did you mean:
Advanced Search
Announcements
Check out our newest addition to the community, the Cloudera Innovation Accelerator group hub.
Options
Options
Solved Go to solution

Adding Host to a Cluster

Hello. I have 2 PCs which has the same sandbox image on their VMs. I want to add one of them to other one's cluster so that I can use two CPUs at a time (if I get the idea correct) when I submit Hive queries to my Hive tables. I have read thisdocument: http://docs.hortonworks.com/HDPDocuments/Ambari-1.6.1.0/bk_Monitoring_Hadoop_Book/content/monitor-ch...

but what I'm facing is, since two VMs has the same image, they both have the same hostname, actually they are same in everyway. I need a detailed documentation about changing the sandbox's hostname with all the necessary steps so that the change can be applied to all other components such as DBs etc.

That may be too complex and error prone because changing hostname would involve updating the configs of the services, DBs etc. to point to the new hostname.

Also check this post which gives some information on hostname changes: https://community.hortonworks.com/questions/20185/what-is-the-recommended-method-for-changing-hostna...

That may be too complex and error prone because changing hostname would involve updating the configs of the services, DBs etc. to point to the new hostname.

Also check this post which gives some information on hostname changes: https://community.hortonworks.com/questions/20185/what-is-the-recommended-method-for-changing-hostna...

Thx, I will look into them

@vsharma As you suggested, I chose the first option and installed a Vagrant image to one of my computers but the other computer still has sandbox image running inside. What I tried to do is to add the vagrant one as a host to sandbox one but it failed.

I have two questions now. First- On the previous page, Install Options, it asks for "your SSH Private Key". Which Private Key when it means "your", vagrant one (c6401) or the one that I'm trying to add a host (sandbox).

Second- When I use the ping command from C6401 by typing the IP adress of Sandbox I get this: 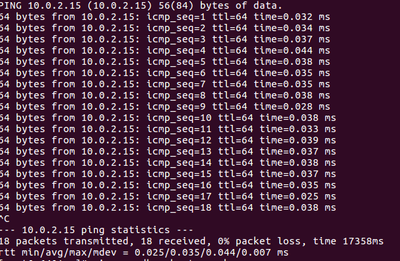 which shows no error. But when I do the same from sandbox to c6401 I get 100% packet loss, with no connection. I assume that I cannot add c6401 to sandbox for now and I should have both computers to run similar vagrant images but just asking for if there is any other method?

For #1, the key should be the private key you use to ssh from sandbox (ambari-server host) to vagrant VM. In case its not yet setup, you may use "ssh-keygen -t rsa" to setup a keypair for ssh login

For #2, from sandbox see if firewall is running (service iptables status). If yes, stop and retry the ping check. The other option would be to check the virtual networking on the two VMs - are they pointing to the same Virtual switch etc.?