I'm starting to get really lost in setting a secured cluster; I found it really complicated to properly configure Ranger and Knox on a kerberized cluster.

Is there someone who would be keen in helping me ? I would be very grateful. 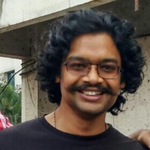 Would you like to tell us what problem are you facing? Without a complete problem statement, it'll be tough for anyone of us to help you out. So please edit your question and tell us your problem more clearly. Thanks.

VIpin iam also on the same track where Laurent lau stuck with. Could you please share any document which tells the procedure to configure and integrate ldap with ambari , ranger and knox.

I don't find any clear documentation about the entire setup of a kerberized cluster synchronized with LDAP (not AD) in order to retrieve kerberos token, and authorize the access via Ranger and Knox.

The first stage so far is to secure WebHDFS.

I don't want to generate keytabs for our hundred of users; I would like to get authenticated by LDAP, and then retrieve a Kerberos token automatically..

Any clue how to do this ?

On the other hand, think of LDAP as repository service. LDAP store is mostly having user/group information (just like a telephone directory service). Hadoop services mostly uses LDAP service as store to sync user/group information from. Here LDAP is not particularly considered safe as source of authentication (securing the communication channel (read:SSL) is must here).

In summary, Kerberos is the ubiquitous authentication protocol accepted by Hadoop community and should be used wherever possible. LDAP should be used limited to directory service.

Thanks @Vipin Rathor for your elaborated answer.

I understand the advantages of using Kerberos, however what I found tedious is that I need to recreate user accounts (Principals) within the Kerberos Database as well as managing new passwords policies.

as I said inmy previous message, ideally I would like to configure the cluster to authenticate users against LDAP and retrieve automatically a Kerberos ticket, but I don't know if it's feasible.