Can you rolling upgrade the JDK on a cluster

I was planning on doing a rolling restart of our CDH Manager managed Hadoop, HBase, ZK, and Yarn cluster when I came across this documentation: https://www.cloudera.com/documentation/enterprise/release-notes/topics/rn_consolidated_pcm.html#pcm_...

"Running CDH nodes within the same cluster on different JDK releases is not supported. JDK release across a cluster needs to match the patch level."

I was planning to do a jdk upgrade from jdk1.8.0_101 to jdk1.8.0.144, however does the above mean that I shouldnt do a rolling restart to get there?  Or does that just mean i shouldnt leave them on different jdk versions longterm?

04-17-2018 09:24:09
Found it
https://www.cloudera.com/documentation/enterprise/release-notes/topics/rn_consolidated_pcm.html
Additionally, since Cloudera does not support mixed environments, all nodes in your cluster must be running the same major JDK version. Cloudera only supports JDKs provided by Oracle.

In any case you are doing upgrade, you will not have this status for long time. 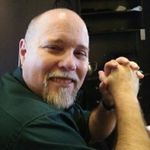 The JDK is considered part of the operating system and is not managed by Cloudera Manager. You will have to deploy the new JDK manually, via scripts, or an OS management software.

There is a way to have Cloudera managed services to only pick up the new JDK during a rolling restart and limit the window where different versions of the JDK will be in use:

Before deploying the new JDK, go to the Hosts configuration in Cloudera Manager and specify the "Java Home Directory". This will override the auto-detection logic that is normally used to identify the Java version.

How to use the forum

Denloe, thanks for the answer, I appreciate it.

You kind of answered my question but in a roundabout way.  I was more asking with whether or not a cluster should run on different versions of the JDK for the amount of time a rolling restart takes.

i.e. is it safe to rolling restart a cluster to pick up different versions of the JDK?

The page I linked to indicates to not run a cluster with jdk versions, but from what you are saying it sounds like its okay to rolling restart upgrade it.

No you cannot, according to third bullet (from https://www.cloudera.com/documentation/enterprise/latest/topics/cdh_cm_upgrading_to_jdk8.html)

04-17-2018 09:14:47
Sorry, I thought you were asking for major upgrade. For minor upgrades of
course you can do a rolling upgrade. I have personally tested it. I cannot
find it know because I am replying from my phone, but I think there is a
comment in documentation that the mandatory is to have the same major
version, it does not mention minor. But in any case I have done it several
times in production environment and works without any issue.

04-17-2018 09:24:09
Found it
https://www.cloudera.com/documentation/enterprise/release-notes/topics/rn_consolidated_pcm.html
Additionally, since Cloudera does not support mixed environments, all nodes in your cluster must be running the same major JDK version. Cloudera only supports JDKs provided by Oracle.

In any case you are doing upgrade, you will not have this status for long time.
Reply
2,702 Views
0 Kudos

@GeKas you are the Hero of the day.  You saved me from having to call a production maintenance window.  Thanks for your help.