Then I was able to install python2-psycopg2 and all other dependencies except libsc.so.6(GLIBC_2.28)(64bit). Then I tried to install that package via this tutorial https://www.codetd.com/en/article/12540263. However now the error is the following (less dependencies than previous image):

I don't know if I messed everything up with that tutorial, because I don't know how to solve the Found 2 pre-existing rpmdb that appeared after I did that tutorial (Before only appeared Requires: libc.so.6 (GLIBC_2.28)(64bit))

Does someone know how to solve this dependency problem so I can install cloudera-manager-agent?

By the way, if that helps I'm following the docs in https://docs.cloudera.com/cdp-private-cloud-base/7.1.7/installation/topics/cdpdc-install-cm-packages... and I'm in step 3. I'm also using a Google Cloud Cluster. 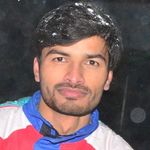 @rsena Usually you don’t need to install these dependencies manually. The installation process will check and install missing things.

However this particular pckg seems and OS issue for me. May be you should check the image is being used is buggy. Can you try with another Centos Image and see how it goes?


Cheers!
Was your question answered? Make sure to mark the answer as the accepted solution.
If you find a reply useful, say thanks by clicking on the thumbs up button.
Reply
176 Views
0 Kudos