I am using two steps in Nifi:

1. The first step is InvokeHTTP processor to make a REST API call and receive a JSON response.  I have used "Put Response Body In Attribute"  to store the JSON response into an attribute.

2. The next step is ExecuteStreamCommand processor to invoke Python script and  passing the JSON response attribute from previous step as an input argument.  The Command Argument passed to the processor is:

I have attached the screenshots and also the JSON message passed to python script and also the python logs showing double quotes missing when reading the argument.

Re: Double Quotes removed from JSON message when passing an attribute to ExecuteScriptCommand Processor 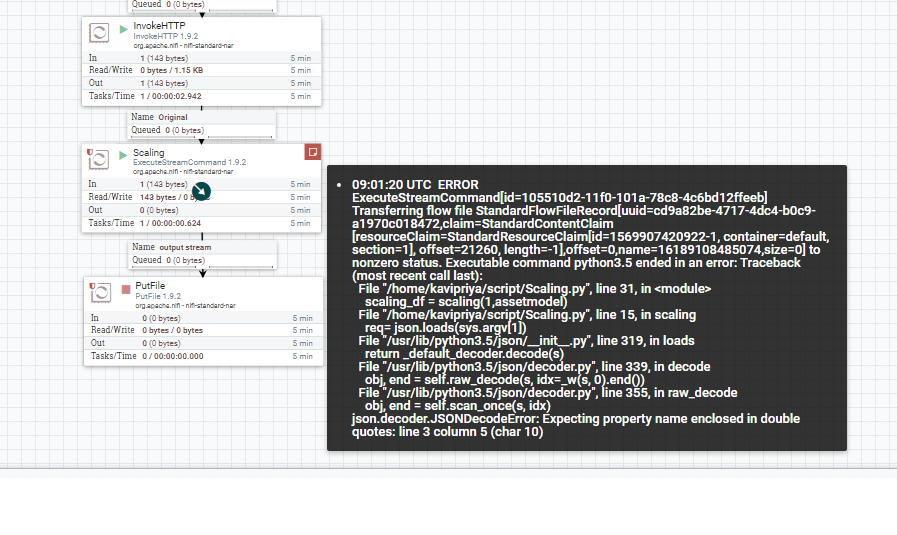 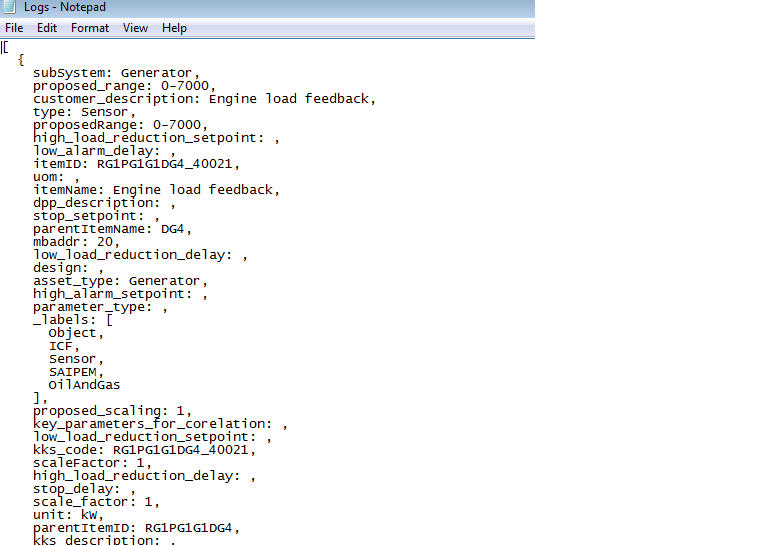 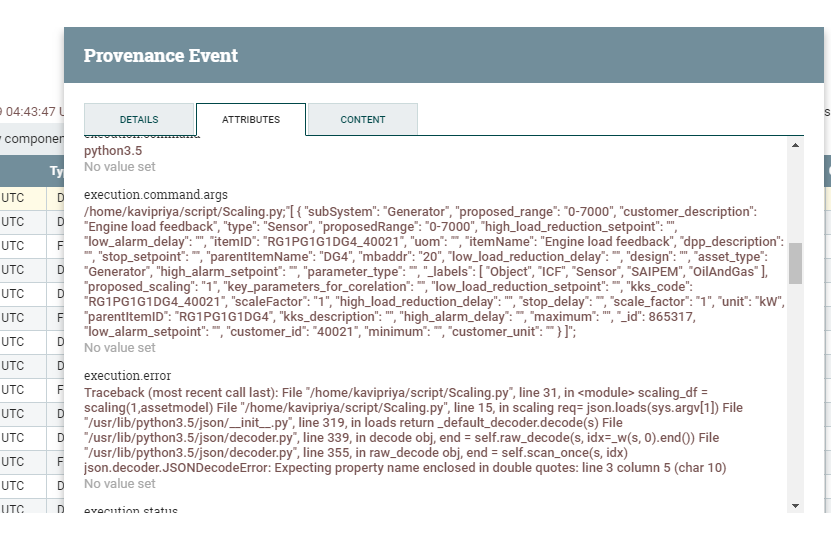