Say i have a dataset/table(Banking sector) which has the following details.

I have to dump this into Hadoop. But while dumping i want the `AccountNo` and `SSN` columns to be encrypted, while its getting stored in HDFS.

This is the first part. Now when i am retriving the results,

2. After that i want to mask some of the columns.

Say. There are two Persons(CEO, Project Manager) Viewing the results of `john`. Then, CEO should be able to see all the details(columns) after decryption. For Project Manager , the column `AccountNo` and `Salary`

Should be Masked For example:

IS there any way to achieve this in Hadoop.

1. Encrypting column's of data while Dumping into HDFS.

2. Masking columns based on Hierarchy . Any Leads would be appreciated,Since i am new to hadoop 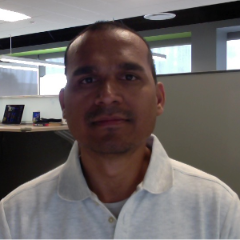 With regards to the column level encryption options, you can certainly try UDF based encryption, reference https://issues.apache.org/jira/browse/HIVE-6329

As far as masking is concerned, you can either achieve this using UDF or with views (using case statements) and of course by restricting access to the table/views.

@Shubham Ringne Column masking can also be achieved via Ranger (used for security administration and management) if you are using Hive for querying. Please refer https://docs.hortonworks.com/HDPDocuments/HDP2/HDP-2.5.0/bk_security/content/ranger_column_masking_i...