I am trying to test Hadoop using Ubuntu 15 and also wanted to use Ambari for the deployment. When I try to auto-install the agent in the initial server install wizard, it gets all the way to the end then fails saying "Unsupported OS." The agent appears to have installed correctly though, it just fails simply because the OS is identified as Ubuntu 15.

One workaround I read was to modify the OS identifier on each host to read Ubuntu 14 instead of 15. Since the Ambari server is also running on Ubuntu 15 though, this generates a new error saying that the host is not in the same OS family as the server.

Is there a file where I can add Ubuntu 15 to the list of supported OS's? Or can I disable this check? Or is this enabled because there is no chance Ambari will run on Ubuntu 15? 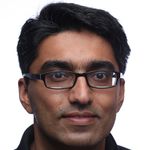 Will leave it to @jeff and team to comment on support for ubuntu 15, but you can try manual agent registration (instead of having Ambari do this for you):

May I ask what the purpose is? If we don't certify an OS, most likely the reason is it does not work out of the box.

Hadoop can run on Ubuntu15, but since we have a large cluster (>300 nodes) deploying Hadoop by hand would be a bit more daunting than deploying it with Ambari. I could always downgrade to Ubuntu14, but before I do, I wanted to see if it was possible to use Ubuntu15 first.

Will leave it to @jeff and team to comment on support for ubuntu 15, but you can try manual agent registration (instead of having Ambari do this for you):

I tried manually installing an agent on one node

Agent log is under /var/log/ambari-agent/ambari-agent.log but it sounds like you are still trying to install agents via Ambari UI. To install them manually use the instructions in the above doc (e.g. apt-get install ambari-agent)

Then as the doc states, this is the property to set to point the agent to the ambari-server node

Once the property is set, you can restart the agent