How to pass python program as string to interpreter in ExecuteStreamCommand

Unlike ExecuteScript processor, the ExecuteStreamCommand does not have 'Script Body' attribute that gets passed during execution. Is there is any workaround where we can pass program as a string? I tried with command 'Python -c .. '. But no luck 😞

Just to confirm .. you want to pass a Python program file name to the "ExecuteStreamCommand" Processor?

I tried with the above approach and i can see the script is getting executed fine.

Is that something what you are looking out for? 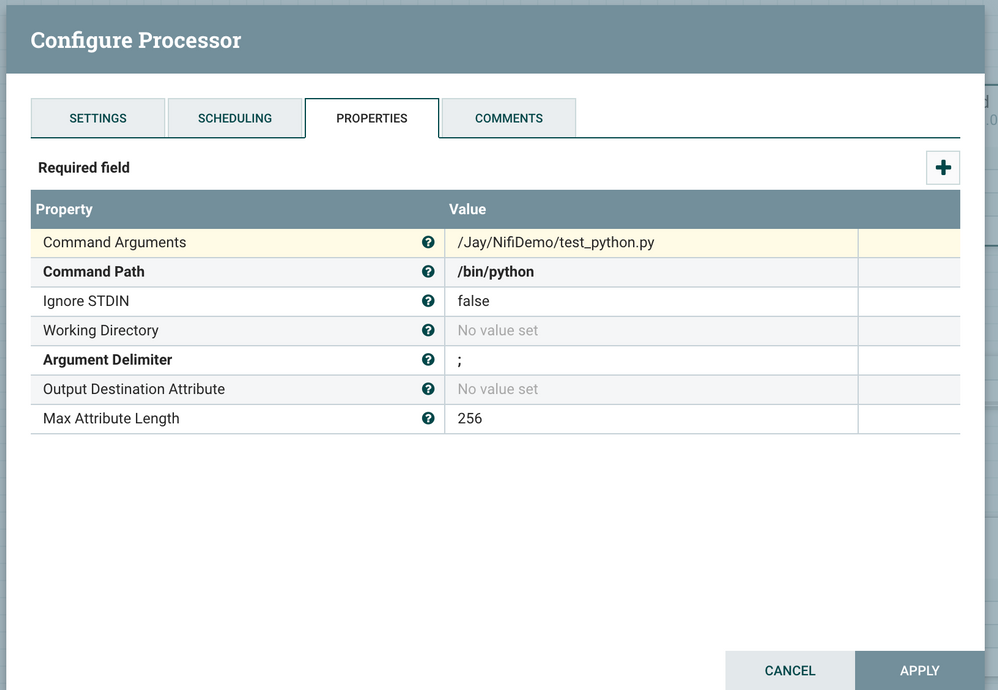 Thanks for the response @jsensharma

I do not want point to a python script file and invoke the interpreter.

If there is no workaround, What is standard way for having script location. Placing the script file in NiFi server might be risk because other users might accidentally modify/delete it. How to avoid it?