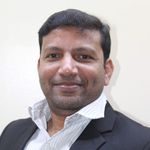 We have daily jobs that loads data into HIVE from MS SQL. Small tables are TRUNCATED and LOADED everyday.

Can someone explain what the following command does ?

Please let me know if you need more details.

TOUCH reads the metadata, and writes it back. During the process, it updates the "Last Updated Timestamp" for the respective metadata. Follows a quick example using a table called "test"

From the pool of the metadata listed checkout for transient_lastDdlTime. It will look something like below.

Check transient_lastDdlTime. This will be a recent timestamp compared to the older timestamp.

In your use case, as you mentioned, the tables are TRUNCATED and RELOADED. Most probably that is done outside Hive. Hence the touch command has been used to update the metadata timestamp so that it is in sync with your data load operations.