Student unable to use HDP sandbox

I am  a student on Ubuntu 18.04 LTS and was just trying to do the atlas tutorial in the HDP sandbox.

Unfortunately your software does not work:

I received weird errors all over the place. E.g. Ambari says "HBase started successfully", but HBase is offline 3 seconds later. Or Ambari cannot access the "Metadata Server Web UI" (Bad Gateway). If i search through the atlas logs there are a ton of messages:

I though the sandbox is pre-setup to "just work preconfigured". 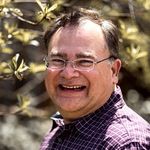 Hi @straighter, sorry to hear you're having problems.
Yes, in general, the Hortonworks HDP Sandbox comes pre-configured. Although, there are some exceptions, like in Cross Component Lineage with Apache Atlas across Apache Sqoop, Hive, Kafka & Storm, where some configurations are required.

I see you're using VirtualBox, can you please share with me the version you are using.
Additionally, this tutorial requires 12 GB RAM. Are you dedicating 12 GB to VirtualBox?  Please share some screenshots, so I can better assist.

Refer to Sandbox Deployment and Install Guide for guidance.