Here's a screenshot of what happens when I try http://localhost:8080:

I've found and tried different fixes from other threads where people had similar issues with no luck.  I've updated my hosts file as follows at the following location:  C:\Windows\System32\drivers\etc, I believe this is correct?

I've also tried resetting permissions and deleting local data on my browser, which did not help.  I also tried disabling windows defender in case it was a firewall issue, but no change.  I feel like I'm missing something basic here and would appreciate any help.  Is it a port forwarding issue?  Am I changing the wrong hosts file or the line of code is incorrect in the host file?

I've updated my hosts file as follows at the following location: C:\Windows\System32\drivers\etc, I believe this is correct?

Yes, you should be able to locate and edit a file named "hosts" in that location on Windows.

Why don't you post a screen grab of the confirmation screen presented when you completed the installation? It'll look like this: 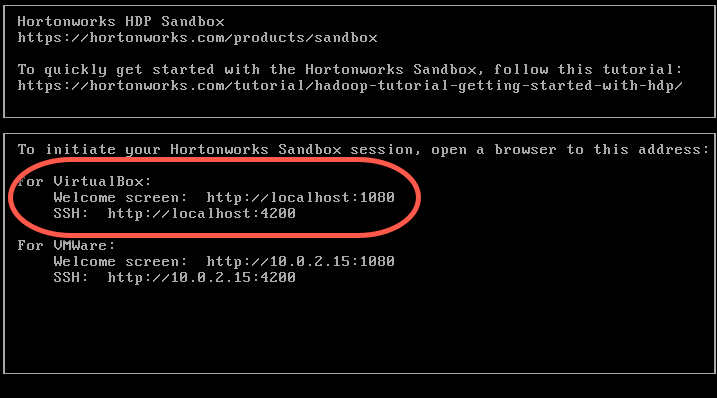 You might be going to the wrong URL or using the wrong port number when you attempt to load the welcome page.

Bill Brooks, Community Moderator
Was your question answered? Make sure to mark the answer as the accepted solution.
If you find a reply useful, say thanks by clicking on the thumbs up button.
Reply
359 Views
0 Kudos

Sure, here's a screenshot of the first screen I see after spinning up the vm. 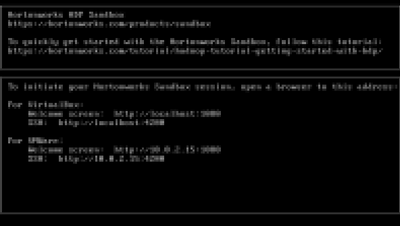 This is showing what's showing up in the alerts for HDFS. 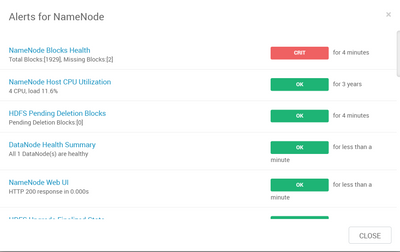 Is the NameNode missing 2 blocks a case of me being impatient and all the information hasn't been loaded, or an issue with the the sandbox?

I take it from your response (the screen shot you uploaded was not legible) that you were ultimately able to access Ambari via the URL and port number available on your machine.

Another approach would be to give up on using the HDP 3-based Sandbox because it is no longer current (for example data analytics studio is on it's way out and Ambari is already dead). If you're just looking to evaluate a data platform, you can currently do so without a Cloudera subscription by downloading and installing the Trial Version of CDP Private Cloud Base Edition of Cloudera Data Platform. Cloudera has an extensive tutorial on installing CDP Private Cloud Base in an Infrastructure as a service (IaaS) fashion using AWS on its website.

Bill Brooks, Community Moderator
Was your question answered? Make sure to mark the answer as the accepted solution.
If you find a reply useful, say thanks by clicking on the thumbs up button.
Reply
306 Views
0 Kudos