What is SafemodeProblem ? How User come out of Safe mode in HDFS? 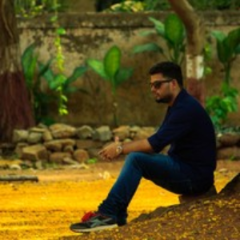 What do mean by SafemodeProblem and how User come out of Safe mode in HDFS?

Safe mode is a NameNode state in which the node doesn’t accept any changes to the HDFS namespace, meaning HDFS will be in a read-only state. Safe mode is entered automatically at NameNode startup, and the NameNode leaves safe mode automatically when the configured minimum percentage of blocks satisfies the minimum replication condition.

When you start up the NameNode, it doesn’t start replicating data to the DataNodes right away. The NameNode first automatically enters a special read-only state of operation called safe mode. In this mode, the NameNode doesn’t honor any requests to make changes to its namespace. Thus, it refrains from replicating, or even deleting, any data blocks until it leaves the safe mode.

The DataNodes continuously send two things to the NameNode—a heartbeat indicating they’re alive and well and a block report listing all data blocks being stored on a DataNode. Hadoop considers a data block “safely” replicated once the NameNode receives enough block reports from the DataNodes indicating they have a minimum number of replicas of that block. Hadoop makes the NameNode wait for the DataNodes to report blocks so it doesn’t start replicating data prematurely by attempting to replicate data even when the correct number of replicas exists on DataNodes that haven’t yet reported their block information.

When a preconfigured percentage of blocks are reported as safely replicated, the NameNode leaves the safe mode and starts serving block information to clients. It’ll also start replicating all blocks that the DataNodes have reported as being under replicated.

Use the dfsadmin –safemode command to manage safe mode operations for the NameNode. You can check the current safe mode status with the -safemode get command:

You can place the NameNode in safe mode with the -safemode enter command:

Finally, you can take the NameNode out of safemode with the –safemode leave command: