Why all regionservers shutdown when active namenode failed?

I have a hbase cluster running on top of hadoop. I also have two namenode(active, standby), when i shutdown active namenode all regionserver starts to shutdown automatically, By theory standby namenode shoud take control right but why it is not happend. Anyone knows why this happens... 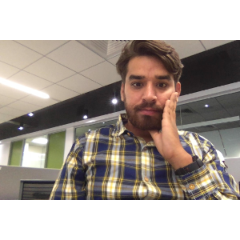 The ZKFailoverController (ZKFC) is a ZooKeeper client that monitors and manages the state of the NameNode. Each of the machines which run NameNode service also runs a ZKFC.

The NameNode HA switch is ZooKeeper-based election, in the event of a NameNode shutdown to simulate a failure the ZKFC will try to acquire the lock. If ZKFC succeeds, then it has "won the election" and will be responsible for running a failover to make its local NameNode active.

Having said that ,ensure that you have at least 3 zookeepers and all are in a running state. Does the NameNodes switch roles (Active/Standby) despite the hbase failure?

Issue was due to standby nameode was unable to become active even after active namenode fails. Issue has been solved after giving ssh password less access to both namenode.

Always stick to the Hortonworks documentation when preparing the environment,people tend to go out off script and encounter problems.
Our assumption is that the HW documentation was followed and the issues encountered are software integration related but when like now we learn it was the passwordless config that was ignored then what else you have under the hood.