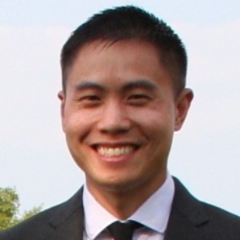 This tutorial walks you through a NiFi flow that:

This article is the first of a two part series. We will setup the demo environment including flows, controller services and reporting tasks. The second article will walk through the main flow step by step.

In the bin directory of your Kafka install:

For this tutorial, you need two NiFi instances running. One instance generates and sends provenance data to the other via the SiteToSiteProvenanceReportingTask.

Instructions on how to setup both instances can be found in the HCC article "Extracting NiFi Provenance Data using SiteToSiteProvenanceReportingTask".

In the instance that will use the provenance data (http://localhost:8088/nifi), import the following template:

You should see the following flow on your NiFi canvas: 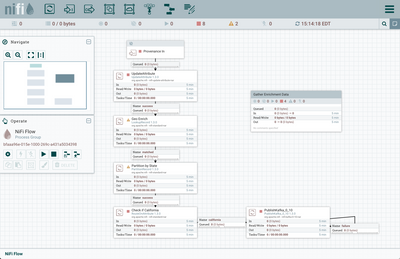 First, let's get the MaxMind Database file that is used to enrich the data. This is done by the flow contained within the "Gather Enrichment Data" process group. 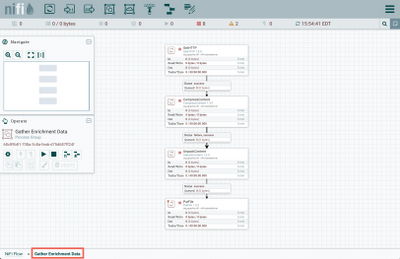 Run the flow and the file GeoLite2-City.mmdb should be downloaded locally into a directory named "enrichment-db" within your NiFi installation. 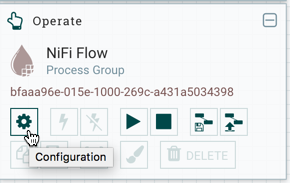 We will step through the main flow in detail in the second article. For now, start only the "Provenance In" input port. 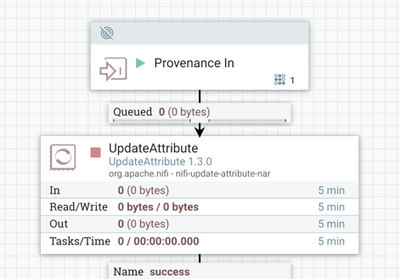 In the instance that generates provenance data (http://localhost:8080/nifi), import the following template:

The following flow should be on the NiFi canvas: 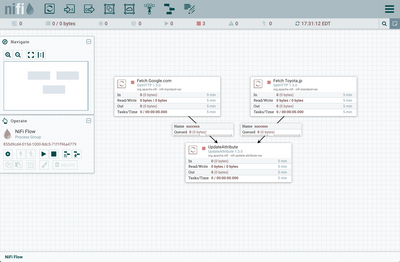 The two GetHTTP processors are configured as follows: 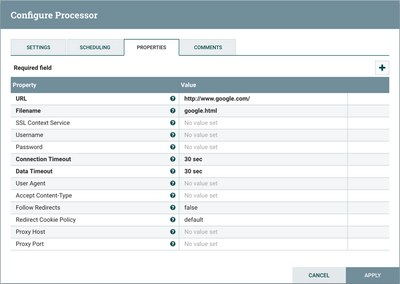 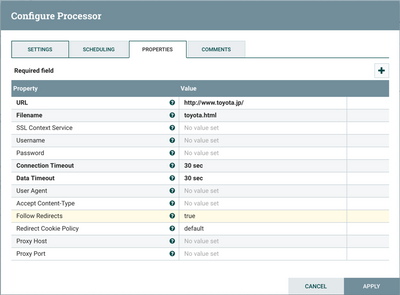 The UpdateAttribute processor is configured with all default settings: 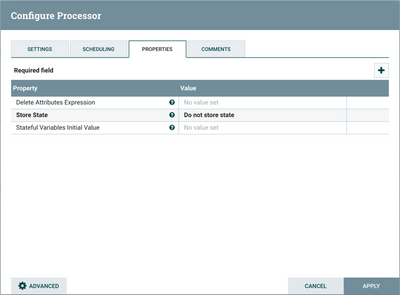 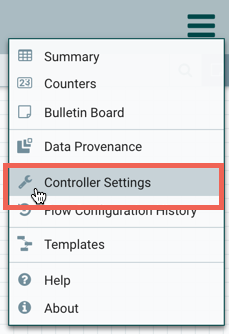 Select the Reporting Tasks tab and click the "+" icon: 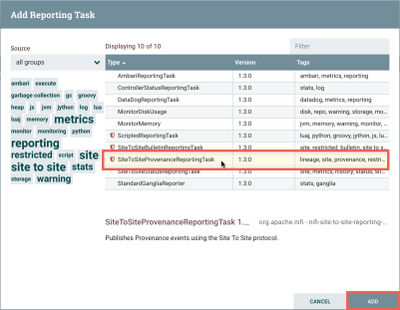 Configure the reporting task as follows: 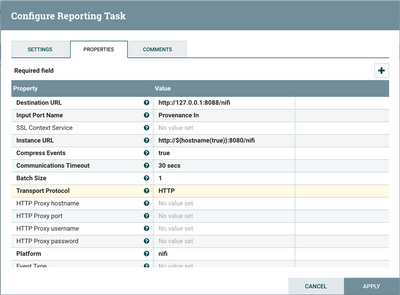 On the Settings tab, set "Run Schedule" to 5 seconds: 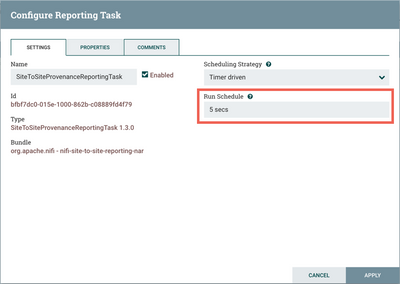 (Note: Some of these settings are for demo purposes only and may need to be adjusted if run in a production environment.)

Return to the NiFi canvas and start the flow to generate provenance data: 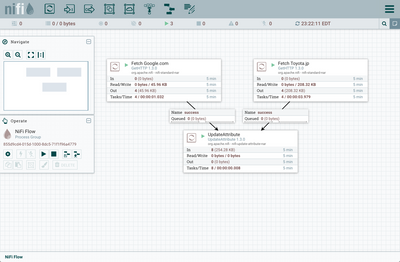 Run the flow for 30 secs or so to generate sufficient provenance events. Stop the flow.

Switch to your other NiFi instance. You should see flowfiles queued after the "Provenance In" input port: 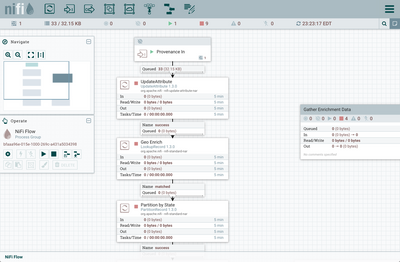 We are now ready to geo enrich the provenance data.

Continue to the second article for a detailed walk through of the LookupRecord flow.