How PAM NSS SSD work together on Linux OS 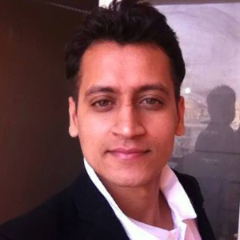 Security plays a very important role in making any software enterprise ready. Linux has a robust security architecture yet it allows plug-gable module to connect to any external Identity manager for authenticating and authorizing users.

The two most important modules that play a very important role in providing the security feature at OS level are
1. PAM
2. NSS

The Pluggable Authentication Module allows integration of various authentication technologies such as standard UNIX, RSA, DCE, LDAP etc. into system services such as login, passwd, rlogin, su, ftp, ssh etc. without changing any of these services.

First implemented by Sun Solaris, PAM is now the standard authentication framework of many Linux distributions, including RedHat and Debian. It provides an API through which authentication requests are mapped into technology specific actions (implemented in the so called pam modules). This mapping is done by PAM configuration files, in which, for each service are basically given the authentication mechanisms to use.

In our case, the pam_ldap module, implemented in the shared library pam_ldap.so, allows user and group authentication using an LDAP service.

Once an user is authenticated, many applications still need access to user information. This information is traditionally contained in text files (/etc/passwd, /etc/shadow, and /etc/group) but can also be provided by other name services.

As a new name service (such as LDAP) is introduced it can be implemented either in the C library (as it was for NIS and DNS) or in the application that wants to use the new nameservice.

Anyway, this can be avoided using a common, general purpose, name service API and by demanding to a set of libraries the task of retrieving this information performing technology based operations.

This solution was adopted in the GNU C Library that implements the Name Service Switch, a method originated from the Sun C library that permits to obtain information from various name services through a common API.

NSS uses a common API and a configuration file (/etc/nsswitch.conf) in which the name service providers for every supported database are specified.

The databases currently supported by NSS [2] are:

Using the nss_ldap shared library it is possible to implement the maps above using LDAP, anyway here I'll focus only on the LDAP implementation of shadow, passwd and group database tough all the maps above can be implemented. For most of the other maps it is even unadvisable to store them in ldap, as they tend not to change too often, so it is not a problem to have them locally as files, and storing them in ldap would cause some minor performance loss.

As users are maintained in a remote Service, making lookups every time becomes expensive . PAM and NSS evntually started becoming very complex hence tools like SSSD, VASD came into being.

The sssd daemon (Running locally on the Linux OS) acts as the spider in the web, controlling the login process and more. The login program communicates with the configured pam and nss modules, which in this case are provided by the SSSD package. These modules communicate with the corresponding SSSD responders, which in turn talk to the SSSD Monitor. SSSD looks up the user in the LDAP directory, then contacts the Kerberos KDC for authentication and to aquire tickets.

Of course, a lot of this depends on how SSSD has been configured; there lots of different scenarios. For example, you can configure SSSD to do authentication directly with LDAP, or authenticate via Kerberos.

The sssd daemon does not actually do much that cannot be done with a system that has been "assembled by hand", but has the advantage that it handles everything in a centralised place. Another important benefit of SSSD is that it caches the credentials, which eases the load on servers and makes it possible to go offline and still login. This way you don't need a local account on the machine for offline authentication.

In a nutshell SSSD is able to provide what nss_ldap, pam_ldap, and pam_krb, and ncsd used to provide in a seamless way.

Lets look at who PAM, NSS integrates with SSD. Re: How PAM NSS SSD work together on Linux OS

This is awesome.  I found it hard to put PAM, NSS, SSSD together and understand.  This one really helps to understand all these together.