Introduction: how does LLAP fit into Hive

LLAP is a set of persistent daemons that execute fragments of Hive queries. Query execution on LLAP is very similar to Hive without LLAP, except that worker tasks run inside LLAP daemons, and not in containers.

High-level lifetime of a JDBC query:

Theoretically, a hybrid (LLAP+containers) mode is possible, but it doesn’t have advantages in most cases, so it’s rarely used (e.g.: Ambari doesn’t expose any knobs to enable this mode). 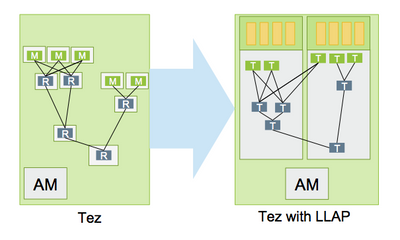 LAP daemon runs work fragments using executors. Each daemon has a number of executors to run several fragments in parallel, and a local work queue. For the Hive case, fragments are similar to task attempts – mappers and reducers. Executors essentially “replace” containers – each is used by one task at a time; the sizing should be very similar for both. 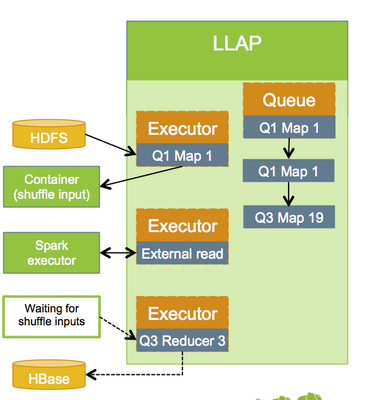 Note that queries can still run in LLAP even if they cannot use the IO layer. Each fragment would only use one IO thread at a time. Cache stores metadata (on heap in 2.6, off heap in 3.0) and encoded data (off-heap); SSD cache option is also added in 3.0 (2.6 on HDInsight). 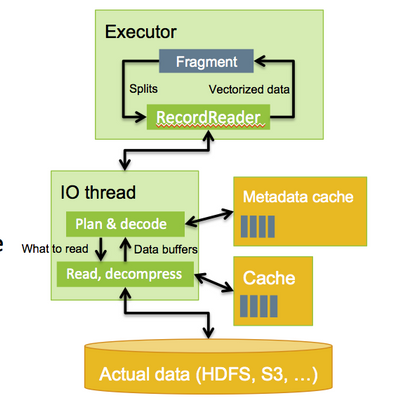