Why do we need a Load Balancer for NiFi cluster?

The easiest way to start using NiFi is deploying it as a standalone NiFi instance. However, when you need more throughput, NiFi can form a cluster to distribute load among multiple NiFi nodes.

From 1.0, thanks to the Zero Master Clustering architecture, we can access NiFi Web UI via any node in a cluster. Although it’s more reliable, it can be unclear which endpoint to specify for things like Remote Process Group url, clients for processors like ListenTCP or ListenSyslog acting as servers.

NiFi Site-to-Site protocol is cluster-topology aware and automatically distributes load among nodes, but users may wonder which hostname to specify. You can point to any node in the cluster, but what if the node goes down?

If ListenXXX processors runs in a cluster, we could configure it with On Primary Node scheduler to make it simply runs only on a single node (we used to specify a primary node). But it doesn’t scale, and will be a SPOF. If every node can receive incoming request, NiFi can be more powerful.

To address above concerns, adding a LB in front of your NiFi cluster would be a great solution.

Use Docker Compose to create an environment

There’re so many docker containers nowadays, so I started with searching docker hub. I was so glad to find following containers to form a NiFi environment looks like following diagram, these containers made my task way easier: 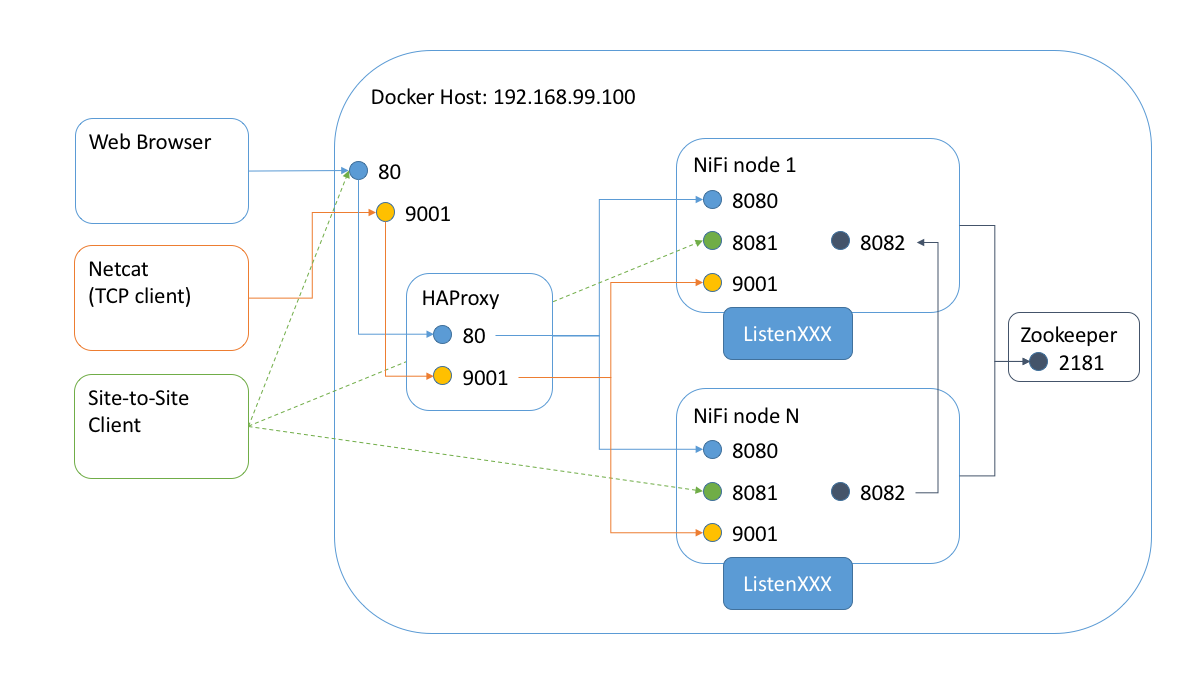 On a NiFi node container, following ports have to be accessible from other hosts (port numbers can be configurable, so it might be different from your environment). I exposed these at nifi-node/Dockerfile. Among these ports, only 8080 and 9001 are the ones that facing external network, thus candidates to be accessed through a LB.

Technically, RAW S2S is accessed from external network, but since Site-to-Site clients handle load-balancing, it’s unnecessary to add it under LB.

Specify which ports are accessible via LB

As mentioned in dockercloud/haproxy document, it uses all exported ports on application containers as routing destination. So unless specifying the purpose of those ports, haproxy load balances incoming HTTP requests toward them. Default setting caused an odd behavior, that only 1/4 NiFi HTTP requests succeed (there’re four ports, 8080, 8081, 8082 and 9001, but only 8080 can accept the request).

I excluded port 8081 and 8082 to be used by LB, by setting EXCLUDE_PORTS environment value for nifi-nodes docker-compose service.

Then, used TCP_PORTS environment value to specify that 9001 is a TCP port, not for http protocol.

Now I can see a two nodes cluster by accessing Docker host address from a web browser:

Let’s set up a NiFi data flow to confirm whether incoming requests get distributed as expected. Added a Listen TCP, configured it to listen on port 9001, and execute following netcat command several times:

Then, look at the stats from NiFi UI… 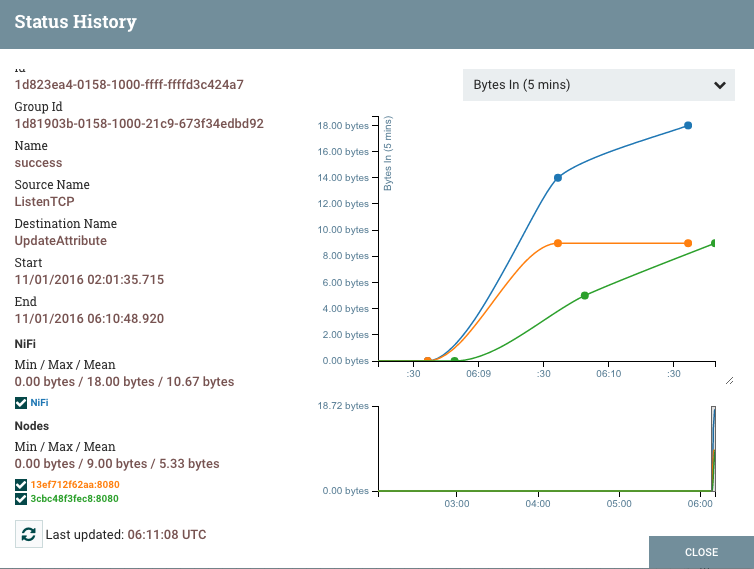 There’s many stuff to learn, such as NiFi clustering, Zookeeper, Docker container, Docker compose and HAProxy. I struggled with setting it up correctly. But once it’s done, you can get a nice distributed testing environment up and running really quickly, and also, I expect these containers can be deployed on larger container pools for production use. Or of course, these stack can be deployed on cloud VM instances or physical on-premise servers without docker.

The docker compose sample project is available on Github. I’m planning to explorer deeper with SSL termination and other protocol such as WebSocket using this environment. See you next time!

Hi @kkawamura do you have to have external software like HAProxy for load balancing to work in a HDF cluster, when it comes to ListenX type processor situations ? HDF, in combination with Zookeeper would not be able to handle this?

ListenX processors can be run on every node in a NiFi cluster, but a client that sends a request has to specify a host to send to. Zookeeper doesn't provide any help to do that. If you write a custom client that retrieves NiFi cluster topology and round-robin requests among nodes at client side, it's doable. Otherwise, a DNS server or reverse proxy such as HAProxy is needed in the middle of a client and NiFi nodes.

Forgot to mention that, instead of using ListenX, if you can deploy NiFi or use NiFi Site-to-Site client library in your client program, you don't have to deploy additional stuff to distribute load among remote NiFi cluster nodes. Site-to-Site client knows which nodes exist in a remote cluster, then automatically distribute data transmission.

I was not aware of site-to-site alternative for ListenX, I'll try to read more about it. 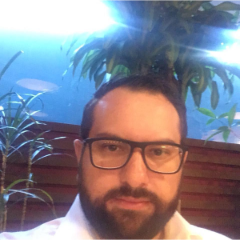 In this Solution, Nifi Cluster also deployed on docker?