In this article we’re going to look at Logistic regression which is a technique widely used in industry to solve binary classification problems. Unlike the linear regression model, which is used to make predictions on the numerical target variable, logistic regression has the ability to deal with discrete valued outcomes. For example, a numerical target variable might involve predicting house prices, whereas a discrete valued outcome might involve predicting who would win in the next presidential elections. Logistic regression is most commonly used in solving binary classification problems, such as tumor detection, credit card fraud detection, email spam detection, and so on.

How the logistic regression model works

What is a sigmoid function? 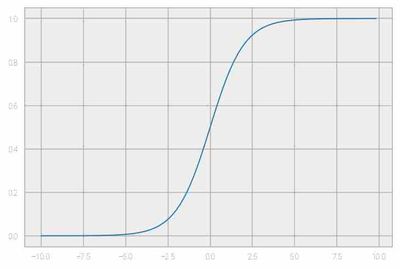 The major change you can observe here is the use of an additional sigmoid function.

Decision boundary: We expect a logistic regression classifier to produce a set of outputs based on probability when we pass the inputs through a prediction function and it returns a probability score between 0 and 1. For example, if you have two classes—say, tumor and non-tumor samples—the logistic regression model decides on a threshold value, above which we classify values as class 1, and below which we classify as class 2. 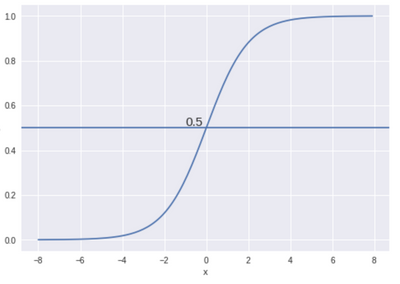 For logistic regression, the cost function is defined as:

When the true value is 1 and the predicted value(y) is 1, the cost is zero. When the prediction is far away from 1, the cost increases as shown in the above image. In linear algebra, this type of function is represented as: 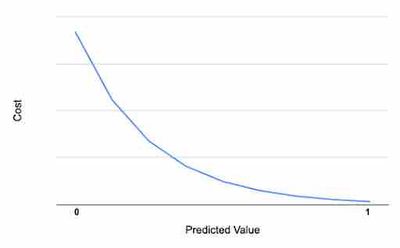 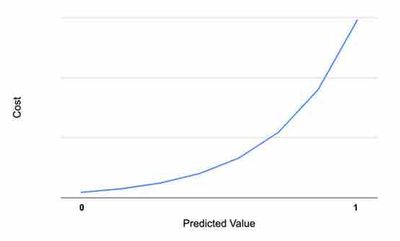 Let’s look into the pseudo code for important steps in building a logistic regression model with Python’s powerful scikit-learn library.

Load a dataset: Import all the necessary steps and load the dataset into a dataframe.

Train_test split function: Splits the data into a training set and a test set.

Evaluation of metrics: Evaluate metrics  with a confusion matrix, precision/recall, or f-score, depending on the metric type requirements.