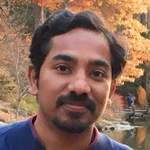 Zookeeper is one of the most critical components in an HDP cluster, but it is also one that is given least importance usually when tuning cluster for performance and while troubleshooting slowness in a cluster. Here is a basic checklist for zookeeper health check that one must go through to ensure that Zookeeper is running fine.

1. Are all the Zookeeper servers given dedicated disks for transaction log directory ('dataDir' / 'dataLogDir') ?

It is very important to have fast disks to complete 'fsync' of new transactions to the log, where zookeeper writes before any update takes place and before sending a response back to the client. Slower 'fsync' for transaction log is one of the most common reasons seen in the past for slower zookeeper response. Yes, the disk space requirement is usually not very high by the zookeeper and one might wonder if its worth to dedicate a complete disk to zookeeper log directory, but its required to prevent I/O operations by other applications/processes from keeping the disk busier.

Some of the common symptoms to be noticed if zookeeper finds slower writes to transactional log are:

2. Is the zookeeper process given enough heap memory, according to the number of znodes, clients and watchers connecting the zookeepers.

To arrive at the right zookeeper heap size, one has to run load tests and find the estimate on required heap size. Insufficient memory allocation for zookeepers can affect its performance once it goes through very frequent GC cycles when the heap usage reaches close to 100% of its total heap size allocation. The following four letter zookeeper commands provide many useful information about the running zookeeper instances:

In the above command output, watch for numbers against the stats such as znode count, number of watchers, number of client connections and max/avg latency among other things. In most cases a heap size between 2GB and 4GB should be a good, but as mentioned above, this depends on the kind of load on the zookeeper. In addition to the above mentioned 'four letter' commands, it is also recommended to keep an eye on the increasing heap size and the GCs, especially during the time of slowness, using tools such as:

3. Are there too many zookeepers in the ensemble ?

Three ZooKeeper servers is the minimum recommended size for an ensemble. And in most cases, three zookeepers are good enough too. Increased number of zookeeper servers, although gives more reliability (a 7 node ensemble can withstand loss of 3 nodes compared to the tolerance of 1 node loss in case of a 3 three node ensemble), and better read throughput when there are large number of concurrent clients connected, it can lead to slower write operations since every update/write operation is required to be committed by atleast half of the nodes in an ensemble.

Some alternatives to prevent the slower writes arising due to larger ensembles are:

As mentioned above, every transaction to zookeepers are written to the transaction log file. When a large number of concurrent ZK clients continuously connects and does very frequent updates, possibly due to an error condition at the client, it can lead to the transaction logs getting rolled over multiple times in a minute due to its steadily increasing size and thus resulting in a large number of Snapshot files as well. This can further cause disks running out of free space.

For such issues, one has to identify and fix the client application. Review the stats from above in addition to zookeeper logs and/or the latest transaction log, to find the latest updates on the znodes using 'logFormatter' tool:

Further, the zookeeper properties - 'autopurge.snapRetainCount' and 'autopurge.purgeInterval' have to be tuned according to the required retention count and the frequency to limit the increasing number of transaction log and snapshot files. 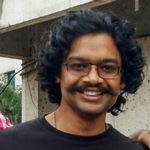 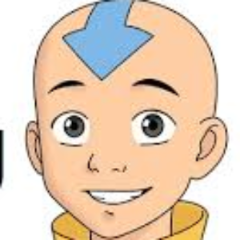