Product Announcements
Find the latest product announcements and version updates
Turn on suggestions
Auto-suggest helps you quickly narrow down your search results by suggesting possible matches as you type.
Showing results for
Search instead for
Did you mean:
Advanced Search
Options
Options 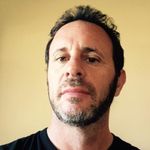 We are pleased to announce the release of the Cloudera Distribution of Apache Kafka 2.0 for CDH 5.

Apache Kafka is a highly scalable, distributed, publish-subscribe messaging system. This release is based on Apache Kafka 0.9, and adds security features such as Kerberos authentication, wire encryption, secure mirroring, a new consumer API, per-user throttling, and many other features and bug fixes that solidify Kafka as an enterprise production-grade component of the Hadoop ecosystem. Kafka 2.0 also ships with new management tooling in Cloudera Manager, for point-and-click configuration of each new capability.

We look forward to you trying Kafka 2.0! , For more information, please use the links below:

As always, we welcome your feedback. Please send your comments and suggestions through our community forums.