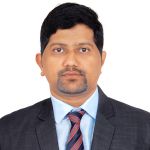 Hi Team,
Can anyone help me in fixing the technical limitation on following use case.

I am using the data from hive through selecthive processor and output as csv. I am to read these flow file csv file as http based request. but i am failing implement the logic.

NiFi does not track FlowFiles using the "filename".  NiFi only tracks FlowFiles by there assigned uuid.  So passing the filename "9b3c4f34-ad98-4835-9412-94228db3adab.0.csv" is not going to result in content being returned.

Using the NiFi rest-api to retrieve the content of a FlowFile from a connection queue is a multi step process.

The json response will contain the listing request "id" which will be a uuid which will use in next rest-api call to get a listing of the FlowFIles in this queue.

Step 2: Get list of FlowFiles created by above request.

Above will return json with the list of FlowFiles in the connection queue found under "flowFileSummaries" which will include following attributes for each FlowFile:
--- "uri" rest-api uri for the flowfile
--- "uuid" the UUID for the FlowFile (also found in above uri)
--- "filename" filename attribute for flowfile  associated to above UUID.
--- "position", "size", "queuedDuration", "lineageDuration", "penaltyExpiresIn", "clusterNodeId", "clusterNodeAddress", "penalized"

Performing above rest-api call without "/content" on the end will retrieve the FlowFile metadata instead of the content.  You also may want to redirect the response to above rest-api call to a file on local disk using the "filename" attribute returned during step 2.

If you found this answer your query, please take a moment to accept the response.