In Lab3 - using PIG to calculate risk factor, the PIG script mentioned is:

I tried doing the same using HIVE. Below is HIVE script:

Can we further optimise the HIVE script to make it run even faster? 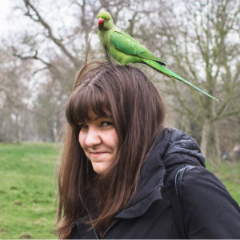 Hi @Vaibhav Yadav, I won't comment on the SQL optimisation (perhaps someone else can), but you can do a lot of tuning to improve Hive performance and there are a lot of articles in the community to advise you. First of all, you should be using Tez as the hive execution engine instead of MapReduce and then you can do a lot of further tweaks: see for example this article which provides some advice on tuning Tez.

I'll leave the thread open for others to comment further, but this will definitely get you started!

Thanks @grajagopal. That just worked