I ran a API call to decommsion datanode.

I used the following to make sure the role is indeed decomissioned:

then I will run role deletion:

But I got the error:

It turned out that after commissionState became DECOMMISSONED, the UI still shows the decommisiong command was running for another 10 to 15 seconds.

To workaround that, I had to let the prgram sleep for addtional 60 seconds after the decomission status became decomissioned. 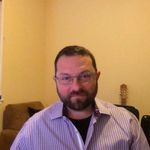 I think you can use the wait() method too as demonstrated here:

What you did to work around this is fine.  Basically, what you really want to do is wait till the decommission command is complete since Cloudera Manager will not let you delete the role until commands running against that role are complete.

Since "decommission" returns a command object, I imagine you could use the id to query the commands list for that service.  I imagine we have some example code for that lying around, but I'm not sure where it is.

Waiting 60 seconds is likely OK, but verifying the command has completed is more sound.

I think you can use the wait() method too as demonstrated here:

also, is there a timeout function to the wait()