Unable to start my Zookeeper server

My Zookeeper server was running in good state and suddenly it failed to start. I got the error mentioned in "error.png" and the alerts mentioned in "alerts.png" through Ambari UI.

My zoo.cfg is mentioned in "config.png".

How can i fix this issue and start my zookeeper server again? 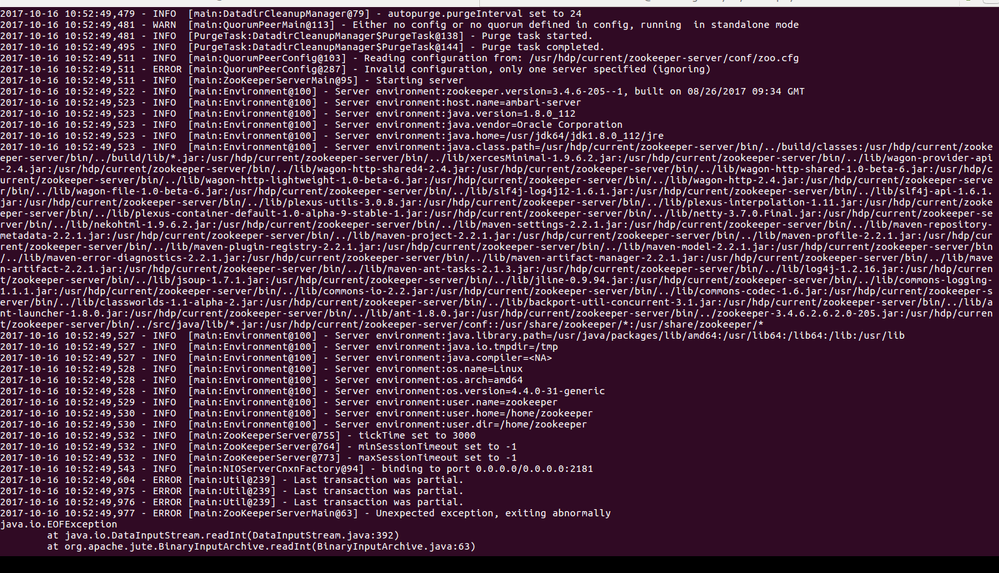 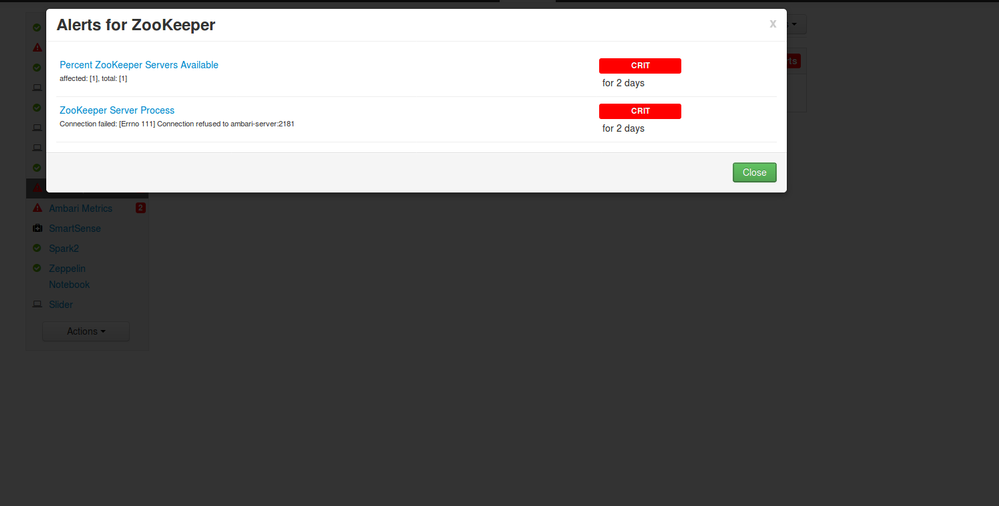 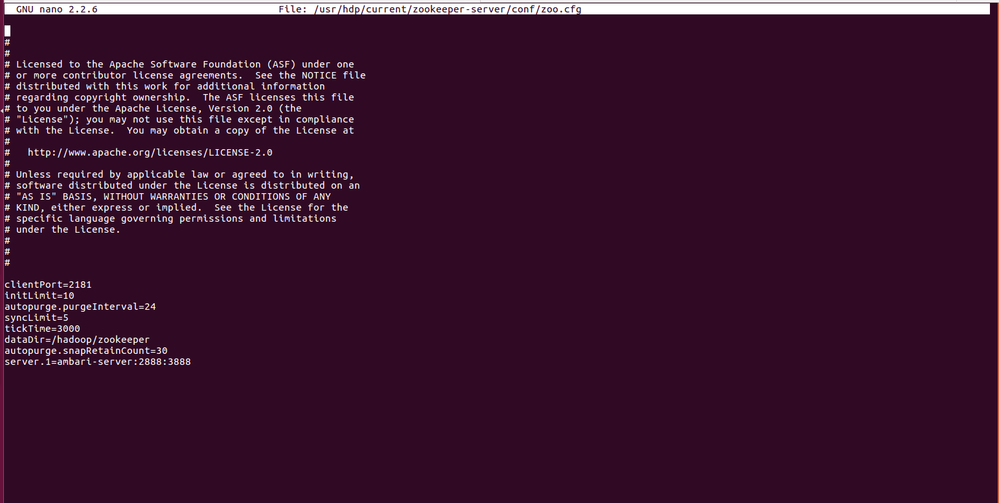 Could you attach the zookeeper logs in /var/log/zookeeper? You mean the zookeeper was running before did you restart it , that's when you realised it could start?

Did you make any config changes through Ambari or not?

Is it possible to get a longer stack trace of the error.png? Because the interesting part is missing.

I attached the full log from /var/log/zookeeper/zookeeper.log in "error.png", which is resulted when i try to start my zookeeper server.

I didn't make any change in zookeeper config through Ambari UI. The only action i did, is deleting one of my cluster hosts and then my zookeeper server failed to start correctly.

PS: My cluster was composed of an ambari-server and 2 ambari-agents. I removed one node from ambari agents.

What were the components on the deleted host?

I don't quite understand "My cluster was composed of an ambari-server and 2 ambari-agents. I removed one node from ambari agents."

Do you mean it was a 3 node cluster (1 master and 2 slaves) if so how was the component distributed? I am more concerned about the delete host?

Thank you for you attention. I've solved the issue by deleting /hadoop/zookeeper/version-2/*. It was a problem related to disk space.

Hi, deleting /hadoop/zookeeper/version-2/* didn't help in my case. Can someone suggest any alternative solution to fix this issue.

The above lists few solutions you can take to resolve this problem.