ETL With Lookups with Apache HBase and Apache NiFi

ETL With Lookups with Apache HBase and Apache NiFi

When we are ingesting tabular / record-oriented data, we often want to enrich the data by replacing ids with descriptions or visa-versa. There are many transformations that may need to happen before the data is in a happy state. When you are denormalizing your data in Hadoop and usually building very wide tables you often want descriptions or other data to enhance it's usability. Only one call to get everything you need is nice, especially when you have 100 trillion records.

We are utilizing a lot of things built already (https://community.hortonworks.com/articles/146198/data-flow-enrichment-with-nifi-part-3-lookuprecord...). Make sure you read Abdelkrim's first 3 lookup articles. I added some fields to his generated data for testing.

I want to do my lookups against HBase which is a great NoSQL store for lookup tables and generate datasets.

First I created an HBase Table to use for lookups.

I found this cool API that returns a sentence of meat words. I use this as our description, because MEAT! 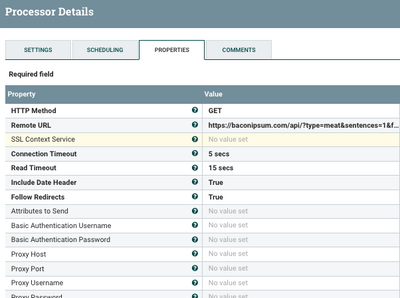 Let's turn our plain text into a clean JSON document 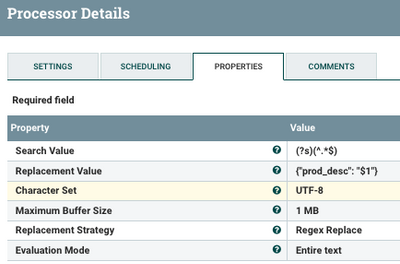 Then I store it in HBase as my lookup table. You probably already have a lookup table. This is a demo and I am filling it with my generator. This is not a best practice or a good design pattern. This is a lazy way to populate a table. 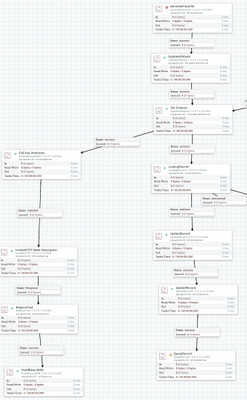 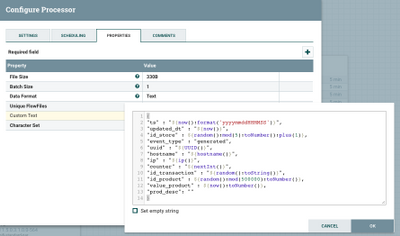 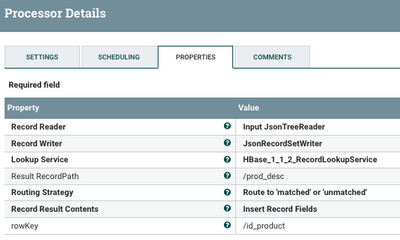 This is the magic. We take in our records, in this case we are reading JSON records and writing JSON records, we could choose CSV, AVRO or others. We connect to the HBase Record Lookup Service. We replace the current prod_desc field in the record with what is returned by the lookup. We use the id_product field as the lookup key. There is nothing else needed to change records in stream. 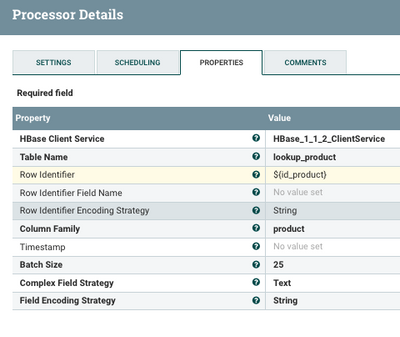 We can use UpdateRecord to cleanup, transform or modify any field in the records in stream. 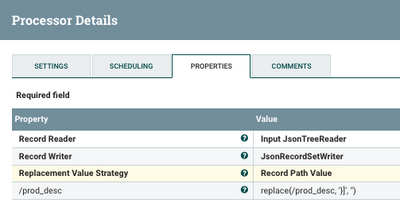 Final File (Note we have populated prod_desc with MEAT!)

For those wishing to not include meat in their data, there are alternatives: https://www.vegguide.org/site/api-docs 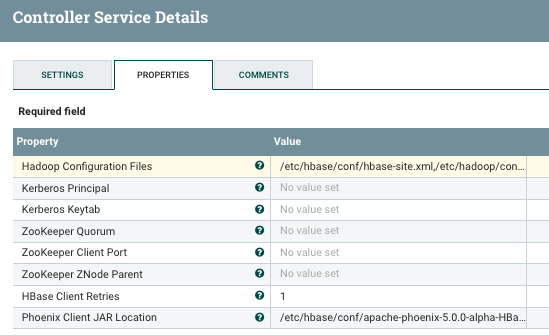