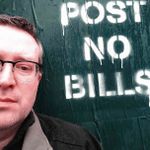 Ingest and store manufacturing quality assurance images, measurements, and metadata in a cost-effective and simple-to-retrieve-from platform that can provide analytic capability in the future.

Using HDF’s NiFi and HDP’s HDFS, Hive or Hbase, and Zeppelin, one can build a cost-effective and performant solution to store and retrieve these images, as well as provide a platform for machine learning based on that data.

Sample files and code, including the Zeppelin notebook, can be found on this github repository: https://github.com/wcbdata/materials-imaging