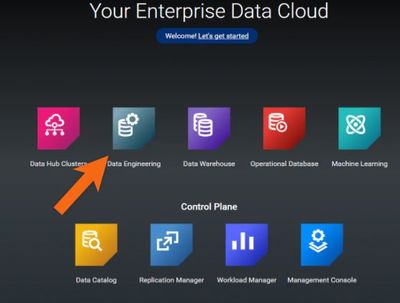 I recently had the opportunity to work with Cloudera Data Engineering to stream data from Kafka.  It's quite interesting how I was able to deploy code without much worry about how to configure the back end components.

The following is an example of a twitter payload.  The objective is to extract only the text field:

What is Cloudera Data Engineering?

Cloudera Data Engineering (CDE) is a serverless service for Cloudera Data Platform that allows you to submit Spark jobs to an auto-scaling cluster. CDE enables you to spend more time on your applications, and less time on infrastructure.

How do I begin with Cloudera Data Engineering (CDE)?

I posted all my source code here.

If you're not interested in building the jar, that's fine.  I’ve made the job Jar available here.

Oc t26, 2020 update - I added source code for how to connect CDE to Kafka DH available here.  Users should be able to run the code as is without need for jaas or keytab.

This article is focused on Spark Structured Streaming with CDE.  I'll be super brief here

This article is focused on Spark Structured Streaming with CDE.  I'll be super brief here.

What does the code do?

It will pull from the source Kafka topic (twitter), extract the text value from the payload (which is the tweet itself) and write to the target topic (tweet)

That's it! You now have a spark structure stream running on CDE fully autoscaled.  Enjoy