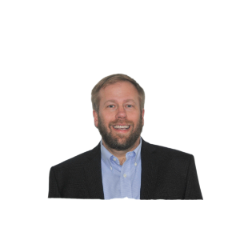 Implementing a Hive Streaming data feed requires we make tradeoffs between the load on the NameNode versus the business SLAs for low latency data queries. Hive Streaming is able to work in a near real-time basis through the creation of a new ‘delta’ file on a bucketed Hive table with every table commit. For example, a Hive Streaming client is committing 1 row every second (it can actually commit at much faster rates), then after 1 minute there would exist 60 new delta files added o HDFS. After a day, there would be 86,400 new delta files and 15.5 million after 6 months just on your streamed data. With this many new HDFS Hive delta files, eventually the Hadoop cluster would encounter NameNode problems.

When implementing your Hive Streaming solution it is important to keep in mind the following table list 4 of the most significant implementation concerns.

A Hive streaming example with the Hive API

Let’s apply the above Hive Streaming design considerations in a simple example to write 10 columns of data at a rate of over 1 row per 100ms and see how the above concepts can apply to reality.

The following table represents a list of settings available in Hive 1.2 (HDP 2.4) and which are required to support the ability to select Hive Streaming for your tables and which will support our example’s requirements.

Creating the destination table for the Hive stream

In our example above, we see a CREATE TABLE nearly identical to most of the other Hive tables we have already created with one notable exception; we are specifying a table property of “transactional” equals to true. This property is necessary in order to tell Hive to utilize the transactional features to support streaming in Hive.

The BUCKET count of 4 was selected to keep the number of delta bucket files to a minimum yet still support table JOINS to other tables such as CUSTOMER_INFORMATION table with 8 buckets. As 4 is a multiple of the 8 buckets found in the JOINed table, we will also with this schema be able to support real-time table BUCKET JOINs.

In different experiments performed to research for this blog, it was found that dropping the “transactional introduces inconsistent results. The problem can be in some instances it will appear to work, so make absolutely certain that the “transactional” property is defined to your Hive streaming table.

Now that we have our destination Hive Streaming table created and available to Hive, it is now time to start creating our Hive Streaming client. For this blog posting to illustrate the concepts behind Hive Streaming, we will use the base Hive Streaming API. But, be aware that both Flume and Storm have components to support at a higher level the Hive Streaming process.

For the example the next sections will walk through the full code and support files are available through in the github WriteHDFS.java available for your download.

Our first step to create our streaming client is to define the HiveEndPoint connection to the thrift service.

The hostname and port name to configure for our connection can be retrieved from within Ambari by searching for the property value ‘hive.metastore.uris’, and should not be confused with the hiveserver2 hostname.

Once the endpoint connection established we need to assign it to our streaming writer and specify the columns in our destination table.

At the time of this writing, there are 3 writer classes available:

The DelimitedInputWriter which we are using for this example contains 3 parameters:

Defining the Hive Transactions and writing to the stream

Some important implementation details to keep in mind include:

To really understand how Hive Streaming works, it is useful to monitor the effect each step of the flow on the HDFS physical storage layer. There are two physical measures to look at as the Hive Streaming process executes:

Looking at the physical data flow, there are 4 high level steps described below which should clarify how Hive Streaming impacts the processing flow.

Step 1: After the table create and before the commit() operation:

Right before the commit() operation and right after the flush, you will start to see the delta files appear in the warehouse subdirectory for your hive stream table.

We can see that in bucket #0 2792 bytes of temporary data has been written to HDFS. Though at this point in time because the commit() has not run, you will see 0 record count upon executing a select count(*) from actidtest.

Step 2: Immediately after the ‘commit()’ instruction

However, as soon as the commit has completed, then we find that the ‘select count(*)…’ now returns 10,0001 rows as being part of the acidtest table. There are also 999 transactions remaining, so we do not need to call the method connection.fetchTransactionBatch(maxBatchGroups, writer); yet.

As the stream continues to ingest data you will notice that the simple delta file list displayed below now has duplicated references to the same bucket (bucket #0).

As we see in the file listing above, there are 3 delta files for the transaction range of 3299501-3300500 and bucket #0. This is because there were multiple commits assigning values to bucket #0 for the open transaction range. If we increased the number of rows included in each commit as mentioned earlier in the Implementation section of this blog or played around with the maxBatchGroups value, we might actually see fewer of these small temporary delta files.

The good news is while the hive streaming commit operations are adding new delta files, the compaction functionality is also running in the back ground trying to consolidate all of these files for more efficient Namenode operations and queries.

In a healthy system, you will find that over time the number of transactions reported by the command ‘SHOW TRANSACTIONS’ should be less than the value you have assigned to ‘maxBatchGroups’. If the number is greater than the ‘maxBatchGroups’ then it is possible that for one of the transactional tables that the ingest process was stopped without executing a ‘txnBatch.close();’ operation which returns the unused transactions.

The Compaction process has a set of cleaner processes running in the background during the ingest process looking for opportunities to compact the delta files based on the rules you specify.

To provide greater control over the compaction process and avoid impacting other processes in addition to the compactor configuration options available, it is also possible to invoke compaction automatically by the cleaner threads or manually initiated when system load is low.

The primary compaction configuration triggers to review when implementing or tuning your compaction processes are:

In our example we have turned off major compaction as it should only run during off load periods. We take a look at the delta files for our table in hdfs and see that there are over 300 delta files and 5 base files.

A decision has been been made to run the major compaction manually during the even lull, so we execute the “ALTER TABLE {tablename} COMPACT ‘major’” command to place the compaction job into the queue for processing. A compaction resource management queue was defined with a limited quota resource, so the compaction will not impact other jobs.

The end result of this example is that 305 consolidated to just 5 files. While 300 files will not impact the NameNode performance, it will most likely improve query performance as the Hive engine will have fewer files to scan to execute the query.

After completing these examples, you should have a good idea on how to setup Hive streaming in your environment. For some additional information on Hive Streaming check out the Bibliography section at the bottom of this article.

Hopefully, the example and source code supplied with this blog posting are sufficient to get you started with Hive Streaming and avoid potential problems. In addition to this blog posting some other resources which are useful references include:

This is really good example of how streaming API can be used with hive. I tried to run this example code outside from the edge node, It is throwing following error:

Does it mean that hive stream can work only from edge node? 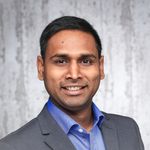 Thanks for such a nice and detailed blog. I am looking for a solution to avoid duplicate records during hive streaming. Can anybody please help me ?