Using Sqoop to fetch many tables in parallel 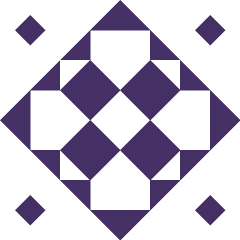 The purpose of the script is to sqoop in parallel many tables and to store them into Hive.

In a previous project, I needed to download around 400 tables (out of 500) of a SQLserver database.

Most of the tables were quite small (less than a few MB), which means that the overhead of fetching the metadata in Sqoop (establishing the connexions, getting the DDL of the table...) is very important compared to the time to do the real job (download the data). Getting the 400 tables could take around 6 hours.

So the idea of the script is, instead of parallelising the downloading of the data for 1 single table into several stream, to download several tables at the same time. And each table will have only 1 single stream of download.

With that approach, I was able to download the 400 tables in less than 1 hour.

The easiest way to execute the script is (take care to first configure the SQL driver, user and password. See next chapter):

With fileWithListOfTable being a file that lists all the tables we want to Sqoop.

For instance, if we want to Sqoop the 6 tables table1, table2, table3, table4, table5, table6, then the file must contain only 6 lines, 1 for each table:

The script will launch first 4 Sqoop processes, to download the first 4 tables. When one of those first processes finishes, the script launch another Sqoop process for "table5". So that we will always have 4 active Sqoop processes till there is no more table to sqoop.

You can also use some options to tune the script behaviour. For instance:

In this case, we change the name of the relational and Hive databases. We also change the parallelism to have 6 Sqoop processes working at the same time. And we choose the "etl" Yarn queue instead of the default one.

The default configuration can be encountered at the beginning of the script. You will have to change the default values or override them on the command line.

Here are the variables that can be modified:

This script is focused to SQLserver. Search the "sqoop import" line (in the middle of the script) and change the header of the URL appropriately. Take care also to change in this line the user and password needed to connect to the relation database.

The script shows on the standard output the name of each table it has started to download, so that you can easily know how much part of the work defined in the "listOfTables" table has been accomplished.

It also stores more information in the logging directory (by default: /tmp/sqoopTables). For each parallelisation stream (4 streams by default), you will have 2 kind of files available:

By default, the script uses 4 streams, meaning that 4 tables will be sqooped at the same time (thus, 4 connections to the relational database will be established). This number was chosen because Sqoop uses 4 as a default.

However, this number is quite conservative and you might easily put a higher degree of parallelism (even more if your tables are quite small). In my SQLserver project for instance, I have set that number to 12. For another Teradata project, I used 54 (more due to a limitation of containers on the Hadoop side than a limitation on the Teradata).

To avoid wasting containers, the script makes use of ubertask.

Mapping of the name of the tables

The names of the tables in Hive might be a bit different from the names in the relational database.

In the middle of the doSqoop() function, there is an example (commented) showing how to establish some mappings.

For instance, you might want to change all the table names that start with "raw_" by "ro_". 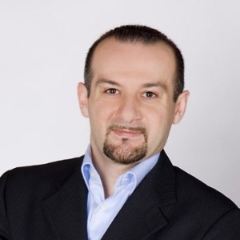 Thank you for sharing your script on Github.

I made some changes to the sqoop import command and I ran the script with 4 concurrent imports, from MySQL to Hive:

I'm importing 971 tables from MySQL for a total size on disk of about 5GB.

I'm getting the following error after importing (successfully) about 130 tables:

It's not related the DataNodes being down since I tried the import several times and it always stops around the same point (like it's reaching a limit somewhere); the script actually doesn't stop but it processes all tables: tables are created in Hive, Hadoop makes 2 attempts to execute the job (import MySQL table) and finally it fails with the error above; the table in Hive remains empty; I noticed that a temporary file representing the table's records is created in Hive but after the job fails, the temporary file (_SCRATCH...) is deleted.

I also checked if the Datanodes are healthy, and they are.

There is disk space on the datanodes (less then 45% of the space is used and there is enough space to import the MySQL tables to Hive). Datanodes (4) have 15GB memory.

Any suggestion to troubleshoot the issue is highly appreciated.

We are doing sqoop for first 4 tables, out of that 2 got failed due to memory issue.

How the failed sqoop will be restarted again? Does your framework has that support as well? 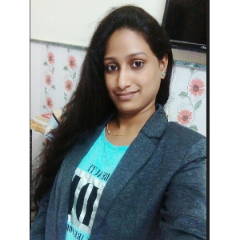 if am exceuting below command it is working

@Sourygna Luangsay I am unable to see tables in hive. The sqoop import seems to be successful. 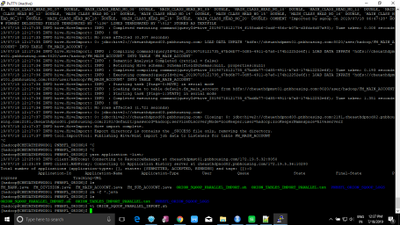 Hive Import is Complete, but the next line gives the INFO hive.HiveImport: Export directory is contains the _SUCCESS file only, removing the directory.

I have made changes in the sqoop query as i am fetching data from Oracle.

When i log into hive the database doesn't has any tables, Please provide appropriate solution to this.

Hopeful to hear from you guys.